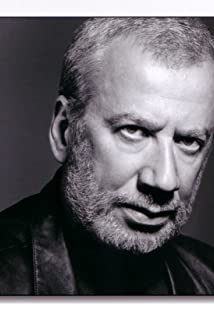 Elya Baskin is a Soviet Latvia-born American actor, best-known for his work on Spider-Man 2 (2004), The Name of the Rose (1986) and Spider-Man 3 (2007). He was born on August 11, 1950 in Riga, USSR [now Latvia] as Elya Zalmanovich Baskin to Zalman and Frieda Baskin, both of Russian Jewish descent. He attended and is a graduate of Moscow's prestigious Theatre and Variety Arts College and won a Festival of Young Actors Award at the Moscow Comedy Theatre; Baskin was virtually assured of a successful career in the Soviet Union. About his choice of profession in the former USSR he has said: "In Russia, being an actor when it was still the Soviet Union was one of the most prestigious professions. It was like being a doctor here. You had to graduate from one of very few theatre schools, which were all four-year colleges. Without the degree, nobody would hire you. We worked very hard because we wanted to get through the four years and get the diploma, but after you graduate and go to the theatre, the actors don't work like actors work here. That's what fascinated me more than anything else here, how professional people were, how hard they worked, and how much harder it was to get work. In Russia we were always taught that we had the best theatre schools, but when I came here and started to work, I saw how wrong we were. You really have to be the best to get the part here."Then he built a formidable reputation on the European stage. Baskin immigrated to the United States in 1976 when pre-perestroika emigration rules were relaxed in 1976 and he came to Hollywood, although he spoke no English. About the change from stage to screen work, he said: "In Moscow, theatre was my passion, my love, and I did very little television and film. Once I came here, I thought that because of the language barrier -I didn't know that you don't loop the films like we do in Europe- I'll try to pursue TV and films. For some reason I lost interest in theatre. Film work became so much more fascinating, the whole building of the character, no continuity, the whole camera aspect. Those are the things that really fascinated me. The language was the biggest challenge. Instead of concentrating on the development of the character, you're thinking about your mouth, about putting your tongue in the right position so people can understand you. I've worked for 20 years, and I will never be able to do a role in English like I would do it in my native tongue, and I know it. Of course, with the years it becomes easier, and more often than not I'm cast as a character with an accent."Baskin fit the bill in Hollywood for ethnic character portrayals, especially characters with a Slavic background and an amiable demeanor. About his being stereotyped, he said: "I feel that, of course, I'm stereotyped. But what can you do? I can't imagine that some director would cast me as a sheriff from Alabama. But you can do exactly what you said: With every character, they're different people, and it's up to you what you do with them. This is your challenge. It doesn't matter how limited your piece of the pie that you can use, you always try to do the best that you can. How can I be upset for not being cast as a Southern sheriff? That's what you call acting; you try to utilize whatever you can to be a different person every time."He achieved his international breakthrough, however, at the hands of Hollywood giant Paul Mazursky, who cast him opposite Robin Williams as the clownish Russian circus performer Anatoly in the masterful serio-comedy, Moscow on the Hudson (1984) where the actor's birdlike arm-flapping became one of the film's most poignant and memorable images. An additional collaboration with Mazursky followed, the 1989 smash Enemies: A Love Story; in the meantime, Baskin began to rack up a litany of roles in additional A-list projects, including 2010: The Year We Make Contact (1984), Vice Versa (1988), and Love Affair (1994). The Pickle (1993) re-teamed Baskin and Mazursky for a third occasion; unfortunately, it failed to match the critical or commercial success of its predecessors.Baskin remained popular through the end of the following decade, with a memorable comedic turn as Vladimir on the sitcom Mad About You, and prominent roles in films such as Spider-Man 3 and The Dukes (both 2007). He has continued playing guest roles on TV in such series as The West Wing, Alias, The Closer, Criminal Minds, Heroes, and Cold Case.Baskin emigrated to the United States in 1976 and became a United States citizen on April 1, 1985. He and his wife Marina have been married since 1995. They have one child, a daughter, Michelle.

Across the Line: The Exodus of Charlie Wright