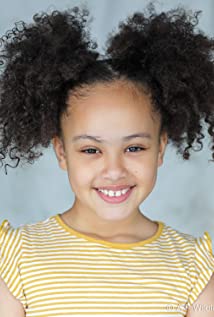 Ellie-Mae is an Irish actress living in the UK. Ellie-Mae has a younger brother Jake who is also an actor.Ellie-Mae loves dancing, theatrical performances and acting. Ellie-Mae made her acting debut at 5 years old as a main cast member 'maudie' in the feature film 'four kids and it' which is an adaption of Jacqueline Wilson's best selling novel.Ellie-Mae also played 'Joy' in the live action series 'through the fairy door' on wildbrain's/ dhx media's YouTube channel based on the award winning 'irish fairy door's' popular toy.

Four Kids and It