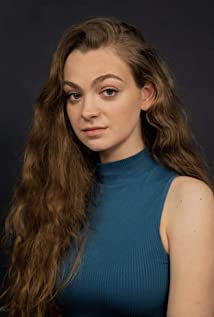 Ellie grew up in rural Northumberland and decided at the age of 12 that she wanted more than anything in the world to audition for Italia Conti, which was out of the question as her parents had jobs and families in the North. However, Ellie was so determined to achieve her goal of becoming an actress/performer that she applied to Italia Conti and was offered a coveted place, after auditioning. She had already had a featured role in 'Frank', a feature film by Richard Heslop, set in Newcastle upon Tyne, and a London Agent had already contacted her parents, having seen the film, to ask to be her Agent. Ellie also attended Arts Ed school, and trained at weekends in dancing and singing with Spirit Young Performers in their elite team. She has had featured roles in BBC's Call The Midwife, ITV's Granchester and BBC's Casualty as well as in 4 feature films;- Frank (nominated Best Film in BIFA), Molly Crows (won Best Drama at Portobello), Soundproof (in post prod) and the short film of Notes on Blindness (award winning at Sundance) as well as 8 music videos (including Dear Reader's 'Took Them Away' which won Best Music Short at London F Fest) and in 11 short films (three were selected for London Film Festival, two went to the final short list for BAFTA 2015 and 1 was screened at Berlin & Aspen), plus is a writer of award winning short film 'Taciturn' in which she was lead actress. She has also been in 2 plays for 2 series on BBC Radio 4 with Greg Wise and John Sessions. Ellie had offers from 2 London Drama Schools to take her BA in Acting, but has been too busy with auditions and filming so far to take up her place.