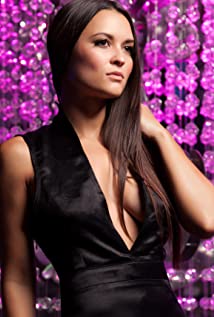 Elle LaMont is a multi-disciplined filmmaker. Her feature film debut came in 2004 and to date, she has 30 independent film credits, with 42 awards, and 23 nominations in festival competitions; including Best Actress and Best Ensemble. Machete Kills, playing opposite Sofia Vergara and Danny Trejo, lead to her appearance in Lady Gaga's Aura video, and as the first face of El Rey Network. Her television credits include: Karina in From Dusk Till Dawn: The Series, and Ivy Monroe in SyFy's Original: Dead Still. Upcoming film releases include: Playing God, Flay, Pegasus: Pony with a Broken Wing, Sanitatum, Mercy Black, and Alita: Battle Angel, a James Cameron and Robert Rodriguez collaboration. Behind the scenes, Elle produced Recess (which sold at Cannes), Fingerguns: The Movie, Beyond Violet, and she co-wrote a feature screenplay which won finalist selection at the 2017 Page International Screenwriting Competition.

Pegasus: Pony with a Broken Wing

Spy Kids 4-D: All the Time in the World