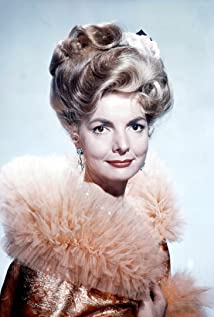 Hazel-eyed Glaswegian Elizabeth Sellars enrolled at Lincoln's Inn (in central London) to study law with the intention of becoming a barrister. Somehow, this fell through, though she continued to nurture a lifelong interest in the legal profession which kept her reading law books well into her acting career. Perhaps on the advice of her flatmate Jean Hardwicke (niece of the famous thespian Cedric), Elizabeth attended a theatrical audition and thereafter went on to study acting at RADA and at the Bristol Old Vic. Beginning in 1941, she spent several years on the repertory stage in her native Scotland before making her London debut five years later opposite Alec Guinness in "The Brothers Karamazov". Her first major hit was at the West End in "Tea and Sympathy" in the role of the housemaster's wife. Elizabeth's career in British films spanned the years from 1948 to 1960. Following her marriage to Francis Austin Henley, a consultant gastrointestinal surgeon at the Central Middlesex Hospital, her appearances became rather less frequent though she continued to pop up from time to time on the small screen.Elizabeth was a reluctant star. Often dissatisfied with the material on offer, she once lamented "we're expected to sink back into the background and look nice". Between 1951 and 1952, she took a sabbatical for nearly a year to travel through Ceylon (present-day Sri Lanka) where she developed a great fondness for Oriental philosophy, art and spicy curries (to add to her other pastimes of studying Roman law, horse riding and swimming). She did manage to fit a film career into her busy schedule and this encompassed a number of noteworthy performances, often as wily, faithless or jilted wives or 'the other woman'. A fruitful sojourn in Hollywood led to back-to-back appearances in The Barefoot Contessa (1954) (as Humphrey Bogart's wife), Désirée (1954) (as Julie Clary, Bonaparte's sister-in-law) and Prince of Players (1955) (as Asia Booth, sister of Edwin Thomas and John Wilkes). Her best acting was reserved for the British cinema with gritty roles in The Shiralee (1957) and (as an alcoholic mother) in The Hireling (1973). Of her role in The Stranger in Between (1952), a London journalist described her as having "lashings of glamour of a breathless, brooding type usually reserved for sultry Hollywood." While perhaps not a beauty in the conventional sense, she projected intelligence, wit and often humour which made her a favourite with British movie audiences in the 50s. The director Charles Crichton thought her personality resembled the "early allure of Ingrid Bergman and the power of Bette Davis."During the 60s, Elizabeth alternated between TV work and the stage. As a member of the Royal Shakespeare Company in Stratford-upon-Avon she proved her mettle as a serious actress in the classics, notably "Troilus and Cressida" (as Helen), "Hamlet" (as Gertrude) and "Richard III" (as Queen Elizabeth). She retired in 1990 and passed away in France at the venerable age of 98 on December 30 2019.

A Ghost in Monte Carlo

The Day They Robbed the Bank of England