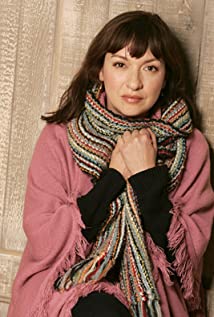 Elizabeth's love for the arts came naturally, as her father was a well-known playwright, actor, director and novelist, so it is not hard to understand that by the time she was eight, Cuban-American Elizabeth Pena already had designs to become an actress. Born in Elizabeth, New Jersey, and raised in New York, Elizabeth and her sister Tania's parents, Mario and Estella Margarita Peña, had opened off-Broadway's Latin American Theatre Ensemble, and were more than encouraging. Elizabeth attended New York City's High School of the Performing Arts, now the Fiorello H. LaGuardia High School of Music and Art and Performing Arts, and found occasional work in repertory theatre and in television commercials. Her film debut in the independent Spanish-speaking feature, El Super (1979), and started her on a long line of independent and rebellious characters which showed plenty of independence. During the early 80s, she played everything - from a knife- threatening waitress to a disco queen, as she waited for her big break. The big break came in the 1990's form of 2 hugely successful films of different genres; one was the hugely popular comedy, Down and Out in Beverly Hills (1986), co-starring Bette Midler, Richard Dreyfuss and Nick Nolte, in which she stole many scenes as the sultry, politically-minded maid, "Carmen", who lusts for Nolte, and the other was the mystery, drama, Jacob's Ladder (1990). This propelled her to move to Los Angeles, where she continued to spice up both the big and small screen, including the part of Ritchie Valens' stepsister-in-law, in the well-received biopic, La Bamba (1987).Honors also came by Elizabeth's way, when she received the "Independent Spirit" and "Bravo" awards for the film, Lone Star (1996), and the "ALMA Award" for Tortilla Soup (2001). On TV, Elizabeth never found the one series role which could showcase her abilities fully. Co-starring roles in Tough Cookies (1986), I Married Dora (1987) and Shannon's Deal (1990) were short-lived. Elizabeth was married since 1994 married to Hans Rolla. The couple had 2 children; a son, Kælan, and a daughter, Fiona . She passed away 14 October, 2014, after a brief illness.