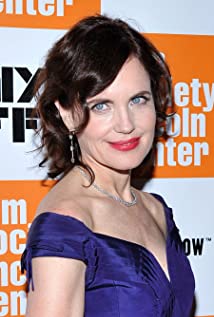 Daughter of a law professor at Northwestern University, she moved with her family to Los Angeles when he transferred to the University of California at Los Angeles (U.C.L.A.). She began acting in school plays at North Hollywood High, graduated from The Oakwood School and then continued her stage training at the American Conservatory Theatre in San Francisco and the drama division of The Juilliard School in New York. Following a pleasant screen debut in Robert Redford's Oscar-winning Ordinary People (1980), McGovern gave a great performance as Evelyn Nesbit in Ragtime (1981) for which she earned an Academy Award nomination as Best Supporting Actress. She has continued performing on stage between film assignments rather than concentrate on being a film star.

Cheerful Weather for the Wedding