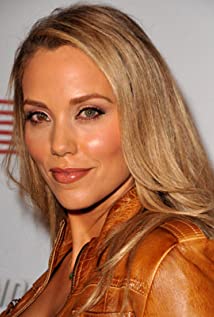 Elizabeth Berkley was born in Farmington Hills, Michigan, to Jere, a gift basket business owner and Fred Berkley, a lawyer. She has an older brother, Jason (b. 1969). Her family is Jewish. By five, she was taking tap and jazz classes with Barbara Fink and ballet classes at Detroit Dance Company. She danced "Swan Lake" with principals from the American Ballet Theatre and for five years she performed in the NYC Ballet's holiday production of "The Nutcracker" in Detroit. Roles in community theatre followed in such plays as "You're a Good Man, Charlie Brown", "Gypsy" and "Eleemosynary". She placed as a finalist at the "Look of the Year" contest promoted by Elite Agency. At 13 she began modeling for Elite's New York division and that led to print work and TV commercials.Her first on-screen job was a small part in Gimme a Break! (1981), followed by a leading role in the critically acclaimed short Platinum Blonde (1988) and a supporting part in the TV movie Frog (1988). In 1988 her family eventually relocated to California to let Elizabeth pursuing a career in Hollywood. After guest roles in series like TV 101 (1988) and Day by Day (1988), she landed a regular role in Saved by the Bell (1989). After four seasons and a TV movie, she left the show to try to break into features films. In 1994, after several roles in television and straight-to-video films, she booked the coveted role of Nomi Malone in Showgirls (1995). Unexpectedly, the much-anticipated film bombed at the box office and was destroyed by critics. After leaving CAA, she signed with United Talent Agency and began rebuilding her film career with some small roles in major films (The First Wives Club (1996) and Oliver Stone's Any Given Sunday (1999)) and leading parts in quality indies (including Taxman (1998) and The Real Blonde (1997)).In 1999 she played Lenny Bruce's wife in the acclaimed West End production of "Lenny", directed by Sir Peter Hall and starring Eddie Izzard. Her performance in Dylan Kidd's Roger Dodger (2002), released in 2002 after a successful festival tour, impressed the critics. The box-office hit "Sly Fox" marked her Broadway debut in 2004 but it was her performance in the Off-Broadway production "Hurlyburly" (directed by Scott Elliott and co-starring Ethan Hawke, Parker Posey and Wallace Shawn) that earned her the best reviews of her career and a public apology from The New York Times.She appeared for several seasons in the hit series CSI: Miami (2002) as Julia Winston, and in the final season of Showtime's The L Word (2004). Thanks to television syndication of Saved by the Bell (1989), Elizabeth is a favorite among a whole new generation of teen girls. Elizabeth has been making life-changing connections with these girls over the past seven years through Ask Elizabeth, her not-for-profit organization that includes self-esteem workshops she facilitates as a volunteer in schools and for youth organizations, a thriving website (ask-elizabeth.com) that hosts digital content as a way to be of continued service to girls and, most recently, her book "Ask Elizabeth" (published by Penguin), which made The New York Times' best-seller list. This nationwide movement has affected the lives of over 100,000 girls and counting. She was also a featured contributor on Oprah.com, bridging the communication gap between mothers and daughters.Berkley is married to artist Greg Lauren and the couple have one son, Sky Cole Lauren, born in 2012. She is 5'10", and she has been a vegetarian her entire life. She enjoys yoga, dancing and singing. She attended UCLA where she studied English Literature. Berkley is active in numerous outreach programs including dance classes for young teens and physically and mentally challenged youth; volunteer work with the elderly at the Motion Pictures Home for the Aging; Women's Cancer Research Fund, the Best Friends Animal Sanctuary and the Humane Society.