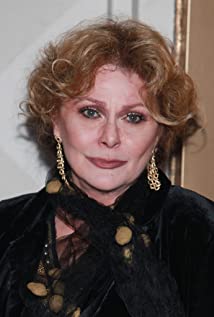 Award-winning actress Elizabeth Ashley can always be counted on to give her all. Grand in style, exotic in looks, divinely outgoing in personality and an engaging interpreter of Tennessee Williams' florid Southern-belles on stage, she was born Elizabeth Ann Cole on August 30, 1939, in Ocala, Florida. The daughter of Arthur Kingman and Lucille (Ayer) Cole, the family moved to Louisiana where Elizabeth graduated from Louisiana State University Laboratory School (University High) in Baton Rouge in 1957.The liberal-minded Elizabeth immediately embarked upon an acting career following her education and relocated to New York. Briefly using her real name, her big, breakthrough year occurred in 1959 when she made her off-Broadway debut with "Dirty Hands", played "Esmeralda" in the Neighborhood Playhouse production of "Camino Real" and took on Broadway with Dore Schary's "The Highest Tree". Now using the marquee name of Elizabeth Ashley, the 1960s proved to be even better, taking her to trophy-winning heights. After understudying the lead roles in Broadway's "Roman Candle" and "Mary, Mary", she won the role of "Mollie" in the delightful comedy "Take Her, She's Mine" and won both the "supporting actress" Tony and Theatre World Awards for it. Neil Simon was quite taken by the new star and created especially for her the role of "Corie Bratter" in 1963's "Barefoot in the Park" opposite Robert Redford. She received another Tony nomination, this time for "Best Actress". In addition to these theatrical pinnacles, Elizabeth also found happiness in her private life when she met and married (in 1962) actor James Farentino, who was also on his way up. This happiness, however, was short-lived...the marriage lasted only three years. The attention she earned from Broadway led directly to film offers and she made a highly emotive debut in Harold Robbins glossy soaper The Carpetbaggers (1964), headlining handsome George Peppard. The critics trashed the movie but Elizabeth sailed ahead...temporarily.Following intense roles in the superb all-star film epic Ship of Fools (1965) and the psychological crime drama The Third Day (1965), which again starred Peppard, the still-married Elizabeth divorced her husband and wed Peppard in 1966, taking a hiatus to focus on domestic life. The couple went on to have son Christian Peppard (born 1968), who would later become a writer.The Peppard-Ashley marriage was a volatile one, however, and the twosome ultimately divorced in 1972. Wasting no time, Elizabeth returned to the stage and also went out for TV roles. Abandoning a film career that had just gotten out of the starting gate proved detrimental and she never did recapture the momentum she once had. Broadway, however, was a different story. The dusky-toned actress pulled out all the stops as "Maggie the Cat" in Tennessee Williams's "Cat on a Hot Tin Roof" (1974) co-starring Keir Dullea and as "Sabina" in Thornton Wilder's "The Skin of Our Teeth" the following year, and she was back on top. Other heralded work on the live stage would include "Caesar and Cleopatra" opposite Rex Harrison, "Vanities" and, notably, "Agnes of God", for which she received the Albert Einstein Award for "excellence in the performing arts".Following "Cat on a Hot Tin Roof" for which she won a third Tony nomination, Elizabeth struck up a close friendship with author Williams. Over time, she would play and come to define three of his (and the theater's) finest female roles: "Mrs. Venable" in "Suddenly, Last Summer" (1995), "Alexandra Del Lago" in "Sweet Bird of Youth (1998) and "Amanda Wingfield" in "The Glass Menagerie (2001). In addition, she also appeared in Williams' "Eight by Tenn" (a series of his one-act plays), "Out Cry", "The Milk Train Doesn't Stop Here Anymore" and "The Red Devil Battery Sign". In 2005, 31 years after playing "Maggie", she was again a success in "Cat on a Hot Tin Roof", this time as "Big Mama".Elizabeth went on to sink her teeth into a number of other famous plays as well, all peppered with her inimitable trademark flourish: "Martha" in "Who's Afraid of Virginia Woolf", "Isadora Duncan" in "When She Danced", Maria Callas in "Master Class" and the scheming "Regina" in "The Little Foxes", to name a few. On 90s TV, she found daytime soaps to her liking with eye-catching parts on Another World (1964) and All My Children (1970). She also appeared in the ensemble cast of Burt Reynolds' series Evening Shade (1990). Occasional serious film supports in Rancho Deluxe (1975) and Coma (1978) were often intertwined with campier, over-the-top ones such as her psychotic lesbian in Windows (1980).Overcoming a series of tragic, personal setbacks -- a third divorce, a boating accident, a NY apartment fire and a rape incident -- the still-lovely Elizabeth continues to demonstrate her mettle and maintain a busy acting schedule on stage ("Enchanted April", "Ann & Debbie"); film (Happiness (1998), Labor Pains (2000), The Cake Eaters (2007), Ocean's Eight (2018)); and

Caroline in the City