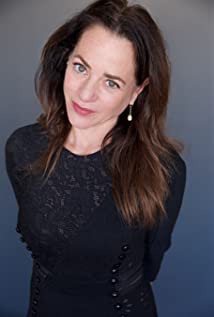 On film, Elissa will be seen as Jeannie Berlin's daughter in Harry Greenberger's upcoming feature, Faraway Eyes. Recent theater roles include Queen Emer in W. B. Yeats' The Only Jealousy of Emer, directed by Dublin's Ray Yeates; the Baroness in the US premiere of Lermontov's Masquerade, performed with a 50-piece orchestra at St Ann's in Brooklyn; Helene Marais Rosenthal in James Bosley's Broad Channel; and the lead in the world premiere of Meredith Anthony's Murder on the Main Line at Manhattan Repertory Theater, which Elissa also directed. Her husband Clark directed her and the great Matthew Cowles in Craig Lucas' Reckless; and she performed and produced William Leavengood's one-woman play Special, about autism, at Theatre Row. Ms Middleton and Tony Torn are working on a production of Harold Pinter's Ashes to Ashes, which Torn will direct.In New York, Elissa studied with William Esper, Austin Pendelton, and Jon Shear, among others. She completed Shane Ann Younts' two-year course in Voice, Diction and Shakespeare. Elissa speaks 5 languages with impressive fluency; did her BA in Political Philosophy and Art History at Reed College; and an MFA in writing at Sarah Lawrence.Her book Spirit & Time, about Jazz drummers, was recently published by Blue Note Records as part of their box set, The Blue Note Review, whose magazine, Out of the Blue, Elissa edits. Her interview with drummers Victor Lewis and Billy Hart about Tony Williams also appears in the magazine.

As Good as Dead