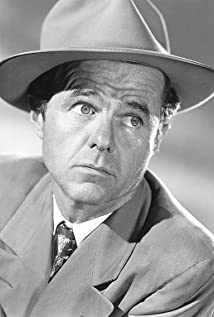 Although this pint-sized actor started out in films often in innocuous college-student roles in mid-30s rah-rahs, playing alongside the likes of a pretty Gloria Stuart or a young, pre-"Oz" Judy Garland, casting directors would soon enough discover his flair for portraying intense neurotics or spineless double-dealers. Thus was he graduated from the innocuous to the noxious. In Warners' They Won't Forget (1937), for example, he plays the role of a student whose social engagement with a young Lana Turner, debuting here in a featured role, seems to have been broken by her whereas, possibly unbeknownst to him, she has quite mysteriously been murdered. Cook becomes so enraged, venting such venom, that the movie audience can only look upon him as a prime suspect in Lana's demise. In Universal's Phantom Lady (1944), he portrays a nightclub-orchestra drummer who, under the intoxicating influence of some substance or other, encounters Ella Raines during an afternoon's band practice. Thoroughly taken with her slinky allure, he enacts a drum-solo piece that is of such crescendo, and played with such innuendo, as to suggest - glaringly - nothing except his own fantasized sexual journey from cymbal foreplay through bass-drum climax.