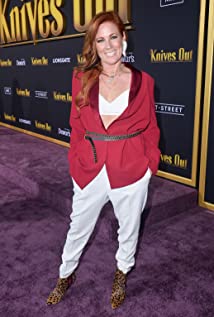 Elisa's film career began when she played the role of Amber in the Paramount Pictures feature-film -Clueless (1995). She went on to play Amber for three seasons in the follow-up television series. She then went on to three seasons of the ABC and then WB TV-series Sabrina the Teenage Witch (1996), playing Morgan Cavanaugh. She's also had recurring roles on Beverly Hills, 90210 (1990), Judging Amy (1995-2005) , and Jack & Jill (1999-2001). Among many film roles, she was most notably featured alongside Will Ferrell and Chris Kattan in the comedy feature-film A Night at the Roxbury (1998) . And last year co-starred in the film A Golden Christmas (2009), with Andrea Roth, Nicholas Brendon, Bruce Davison and Alley Mills. Elisa stars in the indie film A Valentine's Date (2011), a romantic comedy set to be released in February of 2011. She stars opposite Emmy winner Tom Skerritt, John Schneider and Brad Rowe. Elisa also co-stars in the Warner Bros/CW web series The Lake (2009), which reunites her with 90210 pal Jason Priestley, who directs the series. Elisa begins shooting the second season in Fall 2010. Last Christmas, Elisa starred in the ABC Family movie The Dog Who Saved Christmas (2009) (cable's number one program in its time slot, & was the seasons most watched cable movie in total viewers), opposite Dean Cain, Gary Valentine and Mindy Sterling. Elisa also co-stars in the sequel The Dog Who Saved Christmas Vacation (2010), which will air Christmas, 2010. Elisa is the star of the NBC Universal Digital Studio hit web series In Gayle We Trust (2009), created by Brent Forrester. Also a writer, Elisa premiered her one-woman show, "Sweet Dreams" - which she is now developing into a book - in 2008 at The Geffen Playhouse, LA. Elisa's piece Already Perfect was published in Chicken Soup For The Teenage Soul II, and she regularly works as a mentor with young women who have eating disorders. Originally from Northport, Long Island, Elisa grew up studying acting, dance and photography, as well as riding horses competitively. She graduated from The New School University in NYC, where she studied dramatic literature, acting and writing. She lives in Los Angeles.

The Dog Who Saved Summer

The Dog Who Saved Easter

The Dog Who Saved Halloween

The Dog Who Saved Christmas