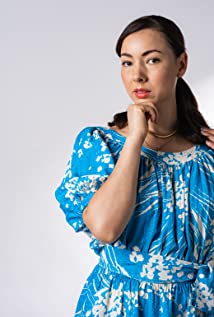 Eliane Cat-Tuong Chappuis got born in 1978 to a Swiss father and a Vietnamese mother. She got raised in Berne, Switzerland,where she spent her childhood with her siblings. Her father past away when she was a young girl. At thirteen years of age she started playing violin and began her acting career at the theatre stage in High School. Soon she also attended the National Academy of Acting in Zurich.At 18 years of age she returned to the United States, where she was invited to attend Robert Redford's Sundance Institute Workshop and assisted on film projects like "Saigon Stories" (aka Three Seasons 1999) from Tony Bui, which put Eliane's desire on fire to be in film. Following the Sundance Institute workshop she traveled to Germany, to act the lead role in the television film "Streets of Berlin"(1998) Episode 1 "Die Mandarine von Mahrzahn", in the role of Vu Thi Hartmann. Since then, Eliane has appeared in a couple of independent films, such as "Soundman" (1998) by Steven Ho, "Facade"(1999) and "On the Roof" (2002), in which she played the lead role. She also had some further appearances in "Kilimanjaro: How To spell Love! (2001) a funny comedy by Swiss Film director Mike Eschmann (Ready, Steady, Charlie!) and Martin Scorsese's Gangs of New York (2002).

Naked in the 21st Century