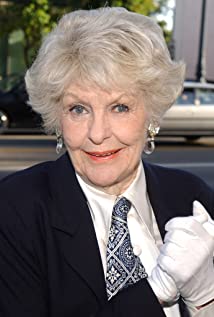 A brash, sharp-tongued, incorrigible actress/singer who led a six decade career that contained many highs and lows, veteran Elaine Stritch's raucous six-decade career certainly lived up well to the Stephen Sondheim song lyrics "I'm Still Here." A popular, magnetic performer, she stole so many moments on stage she could have been convicted of grand larceny This tough old bird approached her octogenarian years with still-shapely legs, a puffy blonde hairdo, a deep, whiskey voice and enough sardonic bluster and bravado to convince anyone that she would be around forever.The Detroit-born (February 2, 1925) Elaine Stritch was the daughter of a B.F. Goodrich executive, of Irish/Welsh heritage, and the youngest of three sisters. Educated locally at Sacred Heart Convent and Duschesne Residence Finishing School, she prepared for the stage at the Dramatic Workshop of the New School where fellow "school mates" included Marlon Brando. She made her first appearance at the New School as a tiger and a cow in a 1944 children's production entitled "Babino," then followed it the following year with the part of a parlor maid in "The Private Life of the Master Race."Elaine made it to Broadway in October 1946 as "Pamela Brewster" in "Loco" at the Biltmore Theatre. Taking over the part of "Miss Crowder" in "Made in Heaven" after that, she finished off the decade appearing in such theatre productions as "Three Indelicate Ladies," "The Little Foxes" (as Regina), the revue "Angel in the Wings" and "Yes M'Lord."From the 1950's on, Elaine would become the toast of both Broadway and (later) London's West End, earning award-worthy acclaim on both continents over the years. Starting with a tour of "Pal Joey" (as Melba) in 1952, she followed this success with such shows as "Call Me Madam" (as Sally); "On Your Toes" (as Peggy); "Bus Stop" (Tony nom: as waitress Grace), "The Sin of Pat Muldoon" (as Gertrude); "Goldilocks" (as Maggie); "Sail Away!" (Tony nom, and also London debut as Mimi); "Who's Afraid of Virginia Woolf?" (as Martha); "The King and I" (as Anna); "The Grass Harp" (as Babylove); "Wonderful Town" (as Ruth); "Private Lives" (as Amanda); "Mame" (as Vera, then Mame); "Company" (Tony-nom: as Joanne); "Small Craft Warnings" (as Leona); "The Gingerbread Lady" (as Evy); "Show Boat" (Drama Desk Award: as Parthy); and "A Delcate Balance" (Tony-nom, Drama Desk Award: as Claire). Through sheer personality alone, her cacophonous singing voice miraculously took classic songs from, among others, Richard Rodgers and Lorenz Hart to Noël Coward and Stephen Sondheim and put her own indelibly raucous stamp on them.Oddly, Elaine never made the same kind of impact on film. Nevertheless, she appeared in an armful of supports over the years, growing increasingly abrasive, in such movies as The Scarlet Hour (1956), Three Violent People (1956), A Farewell to Arms (1957), The Perfect Furlough (1958), Kiss Her Goodbye (1959), Who Killed Teddy Bear (1965), Too Many Thieves (1966), The Sidelong Glances of a Pigeon Kicker (1970), The Spiral Staircase (1975), Providence (1977), September (1987), Cocoon: The Return (1988), Cadillac Man (1990), Out to Sea (1997), Krippendorf's Tribe (1998), Screwed (2000), Small Time Crooks (2000); Autumn in New York (2000), Monster-in-Law (2005), ParaNorman (2012) and River of Fundament (2014)The actress fared somewhat better on early TV. She appeared as one of the Paynes in the early Dumont family comedy series The Growing Paynes (1948), and made appearances on several anthology series ("Kraft Theatre," "Goodyear Playhouse," "The Alcoa Hour," "The Dupont Show of the Month"). A few guest spots also decorated her small screen resume, including "Mister Peepers," "Adventures in Paradise" and "Wagon Train". In the 60's, Elaine returned to the series format, but only enjoyed single season life on three: My Sister Eileen (1960), as Ruth Sherwood; the acclaimed The Trials of O'Brien (1965) as lawyer Peter Falk's secretary "Miss G."; and as Ellen Burstyn's derisive mother on The Ellen Burstyn Show (1986).In 1973, Elaine married English actor John Bay and moved to London. While there she appeared in a number of plays/musicals and then played an American authoress in the British comedy series Two's Company (1975) co-starring Donald Sinden as the butler. When she returned to America in the early 80's, she returned alone.At age 76, a razor-sharp Elaine captivated audiences in a candid one woman musical stage memoir that would win her the Tony, Drama Desk, Obie, Outer Circle Critics and New York Drama Critics awards. Elaine Stritch at Liberty (2002) show also chronicled her notorious private life, combative nature, which included a long bout with the bottle (to curb her stage fright), and a destructive relationship with fellow alcoholic Gig Young. Add to that a fair share of Hollywood gossip all cleverly packaged up with raw wit and show-stopping patter songs and you had quintessential Elaine Stritch. Truly one of a kind, she would eve