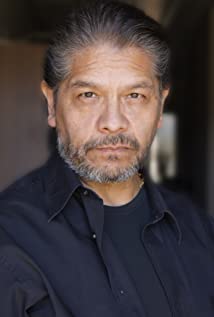 BiographyEdgar Arreola (born September 11) is the oldest of three children from a traditional Mexican Family.He started his acting career in 2003 and has participated in numerous projects.Winner of best actor award EDOC2007 (Manuel) in Worth the Fall (2007)which was played at the Cannes Film Festival, short corner.Edgar is known for his participation as Guillermo in Sicario (2015) (2015) staring by Benicio Del Toro, Emily Blunt, Josh BrolinEdgar has had the privilege of working with many great actors including Tom Hardyin the latest releases Capone (2020) directed by Josh Trank,Golden globe winner Denzel Washington , Mark Wahlberg,Paula Patton, and Edward James Olmos in 2 Guns (2013). Other projects like Machete (2010) and Machete Kills (2013) with Danny Trejo, Michelle Rodriguez, Sofía Vergara and others in both also with Kevin Sorbo in Walking Tall: Lone Justice (2007) and numerous others.Edgar has also participated in numerous TV shows including Friday Night Lights (2006), Chase (2010) (2011), Prison Break (2005) and many others.Edgar has two daughters from his first marriage and a son with his current wife, Josey Arreola. Edgar's passion for cars drove him to get involve in mechanic engineering. Edgar was a limousine chauffeur; he started his own limousine company before his acting career started. He found his passion for acting when he was invited to participate as an extra in a project.He is a big fan of Formula 1 racing and his favorite sport is Golf. He enjoys spending time with his family. He is well known for his great sense of humor by friends, family, and coworkers.His dream is to work hard so he can start a foundation to help kids and elderly people in need of medical help in areas without free medical services.