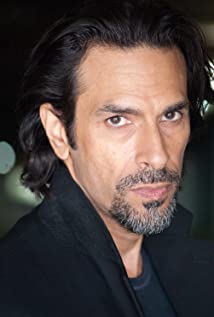 Eddie Velez was born and raised in Manhattan by Puerto Rican parents Ramon Velez and Mercedes Luciano. He graduated from the High School Of Art and Design in 1976 majoring in Advertising Art, however a course in Film Appreciation caught his attention and led him to think about a career in show business.During a four year stint in the U.S. Air Force, Space Division's Satellite Control Center as the Vice Commander's Administrative Aide from 1978 to 1982, Velez began his theatrical career by joining a theater group on the base with fellow military personnel called The Moffett Players performing for the sailors and airmen stationed at Moffett Field Naval Air Station in Mountain View, California. He portrayed Speed in the The Odd Couple in their inaugural production and his first lead roles as Dracula in Count Dracula and Paul Bratter in Barefoot In The Park.While in the military, Velez took advantage of being stationed in the theater-rich location of Northern California's Bay Area by branching out into the local theater community. He was cast as The Attendant in Bruce Jay Friedman's Steambath at the Palo Alto Playhouse and as Duke Mantee in Robert E. Sherwood's The Petrified Forest. Both shows were huge critical successes and solidified Velez' passion for acting. Dr. Doyne Mraz, the artistic director from The Los Altos Conservatory Theater, saw Velez in these plays and recruited him to perform at his theater as Nicky Holroyd in Bell, Book and Candle, and Crook-Fingered Jake in The Three Penny Opera.After Velez' Honorable Discharge from the Air Force as a Sergeant in 1982, he immediately moved to Hollywood and enrolled at the Estelle Harmon Actor's Workshop to further his acting aspirations. Velez' first role in Hollywood was as Xavier in the 1983 smash-hit West Coast Premier production of Lanford Wilson's Balm In Gilead at The Pan Andreas Theater in West Hollywood now known as The Coast Theater. Velez soon followed up with the role of Lenny in the critically-acclaimed World Premiere production of Delirious at the Matrix Theater in Hollywood, both plays winning the Dramalogue Award for Best Ensemble.Whether in comedy or drama, as a hero or villain, in theatre, film or television, Velez has displayed versatility as an actor throughout his career. His first television role was as a love-struck soldier in the NBC Pilot For Love And Honor in 1983. That same year he was cast in a recurring role as the shortstop Pepe Garcia in Steven Bochco's baseball series Bay City Blues for NBC.Velez went on to star as a regular in six prime-time television series starting in 1984 with NBC's night-time soap Berrenger's as Julio Morales, an up-and-coming fashion designer opposite Anita Morris and Sam Wannamaker; the CBS sitcom Charlie & Co. with Flip Wilson in 1985; NBC's The A-Team in 1986; the lead role in the CBS sitcom Trial And Error as the rookie attorney John Hernandez opposite Paul Rodriguez in 1988 (this role brought Velez a Golden Eagle Award from the Nosotros Organization and a Cesar Award from the Hispanic Achievement Society); as Officer Frankie Avila in Sonny Grosso's cop rescue drama True Blue for NBC in 1990 where he got to shoot in his beloved New York City, and as reporter Ricardo Sandoval in Live Shot, a satire on local newscasts for UPN during the network's inaugural season.Velez' other television work include several Movies of the Week, most notably starring as the infamous 'Carlos' in the NBC movie C.A.T. Squad directed by William Friedkin; the Emmy Award-winning NBC mini-series Drug Wars: The Camarena Story where he worked with Treat Williams and a very young Benicio Del Toro for the first time; Bitter Vengeance opposite Virginia Madsen; From The Files Of Joseph Wambaugh: A Jury Of One opposite John Spencer; The Presence for NBC; and as the lead Detectives in Lifetime's By Appointment Only and A Father's Choice for CBS with Peter Strauss and Mary McDonnell.Velez' numerous television guest-star appearances include Numbers, Charmed, Just Shoot Me, Profiler, Soldier Of Fortune, Gun, Jag, L.A. Firefighters, High Tide, Walker: Texas Ranger, The Commish, Flying Blind, recurring in The Trials Of Rosie O'Neill opposite Sharon Gless, Empty Nest, Midnight Caller, Shannon's Deal, Tour Of Duty, Tracy Takes On... opposite Tracy Ullman, Hill Street Blues, Cagney And Lacey, Murder, She Wrote, and in the daytime soaps Port Charles, General Hospital, Capitol and Days Of Our Lives.Velez' first feature film role was in 1983 as Napolean Rodriguez, one half of the Rodriguez Brothers in Alex Cox' cult-classic film Repo Man. Years later in 2009, Velez portrayed Judge "Two Strikes" Espinoza in Repo Chick, the long-awaited follow-up to Repo Man. Other film roles include the Playboy photographer in Anna Nicole; the tortured Priest Father Anthony in the horror film Born; Eric Muller, the sadistic drug lord in Albert Pyun's neo-noir crime-drama Bulletface; Reuben Alvarez in Running Woman opposite Teresa Russell; the prize-fighter Julian