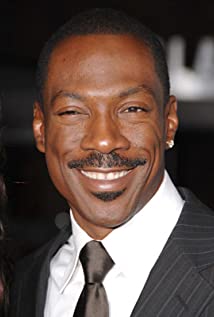 Edward Regan Murphy was born April 3, 1961 in Brooklyn, New York, to Lillian Lynch (born: Lillian Laney), a telephone operator, and Charles Edward Murphy, a transit police officer who was also an amateur comedian and actor. After his father died, his mother married Vernon Lynch, a foreman at a Breyer's Ice Cream plant. His brothers are Charlie Murphy & Vernon Lynch Jr. Eddie had aspirations of being in show business since he was a child. A bright kid growing up in the streets of New York, Murphy spent a great deal of time on impressions and comedy stand-up routines rather than academics. His sense of humor and wit made him a stand out amongst his classmates at Roosevelt Junior-Senior High School. By the time he was fifteen, Murphy worked as a stand-up comic on the lower part of New York, wooing audiences with his dead-on impressions of celebrities and outlooks on life.In the early 1980s, at the age of 19, Murphy was offered a contract for the Not-Ready-For-Prime-Time Players of Saturday Night Live (1975), where Murphy exercised his comedic abilities in impersonating African American figures and originating some of the show's most memorable characters: Velvet Jones, Mr. Robinson, and a disgruntled and angry Gumby. Murphy made his feature film debut in 48 Hrs. (1982), alongside Nick Nolte. The two's comedic and antagonistic chemistry, alongside Murphy's believable performance as a streetwise convict aiding a bitter, aging cop, won over critics and audiences. The next year, Murphy went two for two, with another hit, pairing him with John Landis, who later became a frequent collaborator with Murphy in Coming to America (1988) and Beverly Hills Cop III (1994). Beverly Hills Cop (1984) was the film that made Murphy a box-office superstar and most notably made him a celebrity worldwide, and it remains one of the all-time biggest domestic blockbusters in motion-picture history. Murphy's performance as a young Detroit cop in pursuit of his friend's murderers earned him a third consecutive Golden Globe nomination. Axel Foley became one of Murphy's signature characters. On top of his game, Murphy was unfazed by his success, that is until his box office appeal and choices in scripts resulted into a spotty mix of hits and misses into the late 1980s and early 1990s.Films like The Golden Child (1986) and Beverly Hills Cop II (1987) were critically panned but were still massive draws at the box office. In 1989, Murphy, coming off another hit, Coming to America (1988), found failure with his directorial debut, Harlem Nights (1989). Another 48 Hrs. (1990) and his turn as a hopeless romantic in Boomerang (1992) did little to resuscitate his career. However, his remake of Jerry Lewis's The Nutty Professor (1996) brought Murphy's drawing power back into fruition. From there, Murphy rebounded with occasional hits and misses but has long proven himself as a skilled comedic actor with laudable range pertaining to characterizations and mannerisms. Though he has grown up a lot since his fast-lane rise as a superstar in the 1980s, Murphy has lived the Hollywood lifestyle with controversy, criticism, scandal, and the admiration of millions worldwide for his talents. As Murphy had matured throughout the years, learning many lessons about the Hollywood game in the process, he settled down with more family-oriented humor with Doctor Dolittle (1998), Mulan (1998), Bowfinger (1999), and the animated smash Shrek (2001), in a supporting role that showcased Murphy's comedic personality and charm. Throughout the 2000s, he further starred in the hits The Haunted Mansion (2003), Shrek 2 (2004), Dreamgirls (2006) (for which he was nominated for a Best Supporting Actor Oscar), Norbit (2007), Shrek the Third (2007), and Shrek Forever After (2010).Murphy was married to Nicole Mitchell Murphy from 1993 to 2006. Murphy has eight children.

Method to the Madness of Jerry Lewis