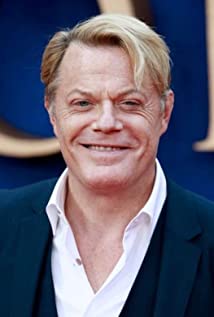 Best-known for her surreal and digressive stand-up, British comedian and actress Eddie Izzard was born on February 7, 1962, in Aden, Yemen, where her English parents -- Dorothy Ella, a nurse and midwife, and Harold John Izzard, an accountant -- worked for British Petroleum.Izzard worked as a street performer and in smaller comedy venues throughout the mid-to-late 1980s; her big break came when she appeared in Hysteria III, a 1991 AIDS fundraiser held at the London Palladium, and did her now-famous "Raised by wolves" sketch. After that, she drew bigger and bigger audiences, and in 1993 hired the Ambassadors Theatre in London's West End for the first of many successful one-woman shows. With Eddie Izzard: Live at the Ambassadors (1993), she was nominated for a Laurence Olivier Award (outstanding achievement) and won her first British Comedy Award for top stand-up comedian. She returned to the West End the next year with her second one-woman show, Eddie Izzard: Unrepeatable (1994), and soon thereafter made her West End debut in a drama, as the lead in the world premiere of David Mamet's "The Cryptogram" with Lindsay Duncan; her success led to her second starring role, in "900 Oneonta".Izzard appeared in 1995 as the title character in Christopher Marlowe's groundbreaking "Edward II". In 1996, she made her big-screen debut alongside Bob Hoskins and Robin Williams in The Secret Agent (1996); she also staged another one-woman show, Eddie Izzard: Definite Article (1996), for which she received her second British Comedy Award. She then took "Definite Article" to major cities outside the UK, including New York, and returned to the West End with a new show, Eddie Izzard: Glorious (1997), which included a month in New York City at PS122.In 1998, Izzard appeared in another film, Velvet Goldmine (1998), with Ewan McGregor, and also staged her breakthrough one-woman U.S. show, Eddie Izzard: Dress to Kill (1999) which aired on HBO and earned Izzard two Emmy Awards. Izzard next took on the challenge of appearing as Lenny Bruce in Peter Hall's West End production of "Lenny."Izzard started 2000 touring the world with Eddie Izzard: Circle (2002) and continued to act in films, among them The Criminal (1999); Shadow of the Vampire (2000) with John Malkovich and Willem Dafoe; and Peter Bogdanovich's The Cat's Meow (2001), in which she played Charles Chaplin. She returned to the stage, in London and later in New York (her Broadway debut), with A Day in the Death of Joe Egg (2002), a version of which was televised.In 2003, Izzard was seen on the big screen in Alex Cox's Revengers Tragedy (2002) and on the small screen in a BBC mini-series _40 (2002)(TV)_. Her other films include The Avengers (1998), Ocean's Twelve (2004), My Super Ex-Girlfriend (2006), Ocean's Thirteen (2007) and Valkyrie (2008), and she has voiced roles in a handful of movies, including The Wild (2006), The Chronicles of Narnia: Prince Caspian (2008) and Cars 2 (2011).Izzard also has appeared in several television series, including a starring role in The Riches (2007), which lasted for two seasons on FX (from 2007-2008), and recurring roles in Hannibal (2013) and United States of Tara (2009).