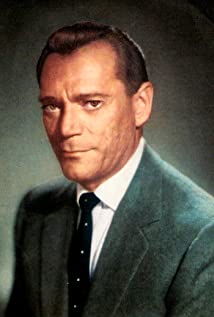 Iconic American-born singer and actor in international films since the 1950s. Born in L.A. to Russian immigrant parents, Constantine studied voice in Vienna. He returned to the US, where his singing career wavered and he found work as a film extra. Constantine first achieved fame in Paris, where he launched a successful career as a popular singer under the tutelage of Édith Piaf. On screen from 1953, his tough guy manner was put to good use in French imitations of Humphrey Bogart films, several of which featured Peter Cheyney's no-nonsense, hard-hitting private detective, Lemmy Caution. In 1965 Jean-Luc Godard appropriated both Constantine and the Caution character for Alphaville (1965), a futuristic, parodic homage to the detective genre. The tough guys that craggy-faced Constantine played were ideals derived from the already stylized and ritualized world of G-men and private eyes found in American movies. Filmmakers of the New German Cinema resurrected Constantine and his persona; notably, Rainer Werner Fassbinder cast him as the laconic star of the film-within-the-film in Beware of a Holy Whore (1971). Constantine also appeared in a number of German TV dramas in the 70s and 80s and, late in life, reprised his most famous role in Godard's Germany Year 90 Nine Zero (1991).

My Journey Through French Cinema

Fassbinder's World on a Wire - Looking Ahead to Today

In and Out of Fashion