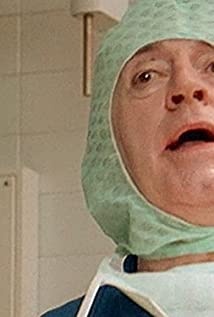 Eccentric, self-deprecating comedian Eddi Arent first attracted attention in a series of quirky Edgar Wallace adaptations in the 1960's. For several years, he was Germany's idea of stereotypically blithering English lords (Die seltsame Gräfin (1961), as the aptly named Lord Selwyn Moron), laconic butlers (Secret of the Red Orchid (1962)) or obtuse, clumsy second-string Scotland Yard photographers (Dead Eyes of London (1961), Front à la Scotland Yard (1962). Otherwise, Arent was patently reliable as droll, vaguely effete sidekicks and comic relief in westerns and adventure films based on the ever-popular writings of Karl May. He is fondly remembered as the mild-mannered, bumbling butterfly collector Castlepool in the 'Winnetou' trilogy, beginning with The Treasure of the Silver Lake (1962). To confound those who had him perpetually typecast, Arent also donned the black garb of villainy as a murderous monk for one of his last Edgar Wallace potboilers, The Sinister Monk (1965). He must have enjoyed this change of character, since he repeated the exercise: first (not too convincingly), playing a human trafficker masquerading as a priest in The Hunchback of Soho (1966); then, as a knife-throwing killer in the English-German co-production Psycho-Circus (1966), which had the great Christopher Lee (for once) relegated to the role of the 'red herring'.Unlike most of his peers, Arent had little formal theatrical training. Instead, he began in cabaret, where he developed the character sketches and personae which would later make his name. Nor did he have any interest in forging a career on the legitimate stage. Films first saw him as a dramatic actor in minor supporting roles, his natural talent as a comedian not recognised until the end of the 1950's. After his hey-day in the 60's, his subsequent output was fairly unremarkable. For the most part, he fluttered around on the margins of youth-oriented low-brow pop-films. Some of his other pictures may have appealed to devotees of 'Heimatfilm' schmaltz. However, in the 80's, Arent acquired a new following with the television sketch show Harald und Eddi (1987). In conjunction with perennial audience favorite Harald Juhnke, he delighted audiences with his comedic versatility. Leaving the limelight in the 1990's, Arent then endured a series of financial and personal setbacks. Suffering from depression and increasingly afflicted by dementia, he died in May 2013 at the age of 88.

The Fountain of Love