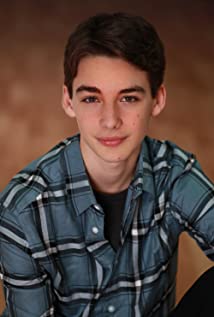 Dylan was born in Vancouver, BC, and has been an actor since he was four years old. He has gained a great deal of experience as a young actor working on a wide variety of projects. Most recently, Dylan appeared as Luca in The 100 season 7 and as Sam Thomas in Netflix's The Baby-sitters Club. He also portrayed Steve Murphy and Evan Gallico on ABC Network's "The Good Doctor." He was also cast in the Netflix Original Series, "A Series of Unfortunate Events," as Duncan & Quigley Quagmire - playing two of the three Quagmire triplets. In 2015, Dylan appeared as Victor in the A&E TV series, "The Returned." Additionally, Dylan was fortunate to play Young Sam on Supernatural, S11 Ep 8, "Just My Imagination."Outside of acting, Dylan enjoys playing hockey and going skateboarding. He loves taking advantage of Vancouver's beautiful mountains by going on hikes.

Wish Upon a Christmas

The Young and Prodigious T.S. Spivet