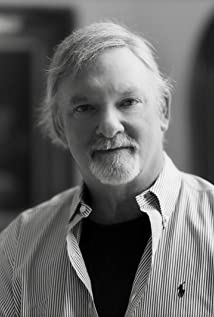 Director Dwight H. Little was born and raised in Cleveland, Ohio. Always interested in film while growing up, he came out west to attend the Film School at the University of Southern California. His senior thesis project, "Americano," brought him much acclaim, winning the Focus Film Festival's top prize, the Chicago Film Festival's Golden Hugo Award, and the Cino-Golden Eagle Award. After graduating, Little started directing second unit material, as well as documentary short films. He soon directed the HBO-Showtime After School Special "Who Wants to be a Hero," about a heroic teacher working in a maligned inner city high school, and followed it with ABC's "SPIES," which won the Emmy Award for Outstanding Special Program. Little's first feature film was the espionage thriller "KGB: The Secret War," which starred Sally Kellerman and was produced by Sandy Howard. He then moved on to direct "Halloween 4: The Return of Michael Myers." This addition to the highly successful "Halloween" series was noteworthy for its chilling camera work and editing, as well as for being actress Danielle Harris' first featured role. Next came the film adaptation of "Phantom of the Opera" starring Robert Englund. Shot on location in Budapest and New York, the film skillfully blended the elements of horror, love and music which have made the story so well loved around the world. Little next directed Twentieth Century Fox's action-thriller "Marked For Death," starring Steven Seagal. The film, which was number one at the box office for three consecutive weeks nationally, was Fox's second most profitable film in 1990, following "Home Alone," and also became a big hit on home video.