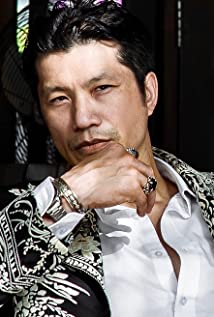 After leaving Vietnam with his family in 1975 Dustin Tri Nguyen (pronounced "Gwen") went on to establish himself as one of Hollywood's premiere Asian-American actors, having starred on the hit TV shows "21 Jump Street," "Seaquest DSV," "VIP," He went on to star in the films THE REBEL and THE MAN WITH THE IRON FISTS 2. In 2005 Dustin won the much sought after role in the Australian based critically acclaimed film LITTLE FISH starring opposite Academy Award-winner Cate Blanchett. In the film Dustin plays 'Jonny,' Blanchett's love interest in a story that revolves around her 'Tracy,' an ex-heroin-addict trying to rebuild her life. The film premiered at the Toronto International Film Festival and went on to become the number-one film in Australia. Along the way, it collected 5 Australian Film Institute Awards and 3 Film Critics' Awards. LITTLE FISH then opened in New York to rave reviews. Critics took note of Dustin's performance and transformation into a leading man among the A-list cast. This very performance earned him the 2007 Asian Excellence Award for Best Supporting Actor in a feature film.Dustin can be seen starring in and directing Justin Lin's series "Warrior" on Cinemax. The Show, based on the writings of Bruce Lee and set in the late 1870s San Francisco during the Tong Wars in Chinatown. In the Series he plays the "Big Bad" Zing. Dustin is especially looking forward to season 2 where he has directed the sixth episode of the show. This past season also saw Dustin guest starring on the NBC hit Drama "This Is Us."In more recent years, Dustin has transitioned to directing and producing films under his Vietnam-based Dreamscape DBS; the production company he shares with his producer wife, Bebe Pham. 2015 was a particularly good year for Dustin as his second directorial effort, JACKPOT, was chosen to represent Vietnam for Best Foreign Language Films at the 2016 Oscars. The film also was one of the surprise hits with Vietnamese audiences that year as it was inspired by the true events of a poor countryside lottery peddler who returned the winning lottery ticket to its rightful owner. By summer of 2016, JACKPOT collected 3 Golden Kite Awards (Vietnam's highest cinematic award) for Best Picture, Best Actress and Best Screenplay, in addition to People's Choice Award for the Best Film of 2015.In 2014, Dustin collaborated as an actor in a Vietnamese adaptation of Dostoyevsky's A GENTLE CREATURE. This film, GENTLE, earned him a Leonardo da Vinci Horse Award for Best Supporting Actor at the 2015 Milan International Film Festival. In the same year, Dustin starred in Universal Pictures' sequel to THE MAN WITH THE IRON FISTS.In 2013, Dustin made his directorial debut with a script he wrote which was his personal homage to Sergio Leone's spaghetti westerns, called ONCE UPON A TIME IN VIETNAM - the first fantasy-martial-arts-drama in Vietnam. The film was picked up by Lionsgate for North America distribution, as well as being distributed in England, Germany, Italy, France, Australia and South America.In 2011, Dustin was awarded Best Actor at the Vietnamese International Film Festival for his performance as an abusive and bitter single father raising two children in the Mekong Delta in FLOATING LIVES.In 2009, Dustin was awarded the Vietnamese Golden Lotus Award (Vietnam's Highest Film Award) for Best Actor in the motion picture THE LEGEND IS ALIVE, as well as the Golden Kite Award (Vietnam's Cinema Association) for the very same role. He was also awarded the Golden Rooster (China's most prestigious film award) for Favorite International Actor for this very role. Dustin played Long, a mentally challenged man, whose only wish is to bring his recently deceased mother's ashes to America. Along his journey, Long encounters and reluctantly involves himself with a young girl who has been sold to human traffickers.In 2008, Dustin starred in Justin Lin's film FINISHING THE GAME, which had premiered at the Sundance Film Festival. In 2006, Dustin starred in his first villain role in the Vietnamese blockbuster THE REBEL, a French-Vietnamese 1920's period action-drama. It marked his first return to Vietnam in 32 years.Dustin's martial arts expertise was fully showcased in 2000 when he starred in a Levi's Jeans' European "Hero" campaign, which expanded upon his ever-growing international profile. The campaign was uniquely groundbreaking in that it was the first time Levi's had ever used an Asian star in their awarded winning campaigns. For Dustin, it offered the first opportunity to apply his love for the martial arts along with his dramatic training as he collaborated with director Jonathan Glazer (UNDER THE SKIN, SEXY BEAST, BIRTH) on the fight choreography.Dustin currently lives in Vietnam with his wife, Bebe Pham, and their three children.

Blade of the 47 Ronin

The Man with the Iron Fists 2