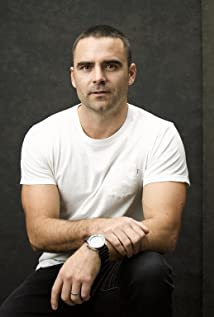 Dustin Clare is an award winning Australian actor. He made his feature debut in Fred Schepisi's The Eye of the Storm (2011), which premiered at the Melbourne International Film Festival and screened in Special Presentation at the 2011 Toronto International Film Festival.Dustin played 'Gannicus' alongside John Hannah and Lucy Lawless in the hit US action-adventure series Spartacus (2010) for the Starz network. He also starred in Spartacus: Gods of the Arena (2011).Dustin began his career with guest roles in leading Australian television series before becoming a series regular in the popular television drama McLeod's Daughters, for which he won a Logie Award for Most Popular New Talent. Dustin went on to star in the Showtime series Satisfaction for which he received a second Logie Award nomination for Most Outstanding Actor and a Golden Nymph Award nomination for Most Outstanding Actor at the 49th Monte Carlo Television Festival in Monaco. Dustin also played Chris Flannery in the critically acclaimed second series of Underbelly.In 2013 he appeared in Mark Lamprell's musical feature, Goddess (2013), opposite Ronan Keating, Laura Michelle Kelly and Magda Szubanski. In 2014 he played Lt. Harry Moffitt on the ABC's mini-series Anzac Girls (2014), for which he received an equity ensemble award, and in the Australian feature film Love Is Now (2014), directed by Jim Lounsbury. In 2015 he appeared on the final season of the Cinemax series Strike Back (2010) and the feature film Sunday, of which he was also a producer and writer on.Dustin graduated from the Western Australian Academy of Performing Arts (WAAPA) in 2004.

In Bob We Trust

The Eye of the Storm