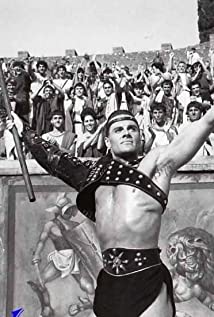 Duncan Regehr was born in Lethbridge, Alberta and raised in Victoria, British Columbia, Canada. In his youth he distinguished himself as a champion figure skater, then had his own radio program at age 16. Regehr was also an Olympic boxing contender, and a classically trained Shakespearean stage performer in his native Canada before tackling Hollywood in 1980, where he began to develop his work in film. From 1986 to the present Duncan Regehr has continued to paint, write, and film throughout the world.At six feet, five inches tall, Regehr's imposing physique, good looks and commanding presence often cause him to be cast as larger-than-life heroes and stylishly wicked villains. His voice is refined and elegant, and he is frequently contacted for voice work. He is adept at adopting the accent of many languages for his work in theatre and film.Less known about Duncan Regehr is that he is also a highly accomplished and internationally exhibited artist. As a child he was encouraged by his father, artist Peter Regehr, to develop his talents. He later studied painting with Dutch surrealist Henry Poesiat, as well as literature, psychology and sociology at Camosun College on Vancouver Island.Regehr first exhibited in 1974 at the Stratford Festival in Ontario. The following year he showed at the Yorkville Art Center in Toronto. Since then, numerous exhibitions in Canada, the USA, Britain and Europe have attracted the attention of museums, critics and the public. His work is found in important collections worldwide, among them are the Smithsonian Institute (West Coast Archives USA), The Jilin Collection (China), The Kunsthallen (Copenhagen), Focus on the Masters Archives for the Getty Museum (USA), and the Syllavethy Collection of Scotland (GB).Regehr's automonograph, "The Dragon's Eye: An Artist's View," received international acclaim and was lauded by art critics and literary reviewers as a book of visual and poetic excellence. In 1996 he won the American Vision Award of Distinction in the Arts, and was granted the lifetime appellation, 'Royal Canadian Artist' with honors in the year 2000 by the Royal Canadian Academy of Art and the Queen's Governor General for his outstanding artistic achievements. In 2008, Duncan Regehr received the honorary degree of Doctor of Fine Arts from the University of Victoria, British Columbia, Canada.His art may be viewed on his website.

Nightmare at the End of the Hall