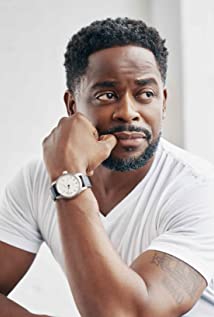 Dulé Hill (whose first name is pronounced due-LAY) was born in East Brunswick, New Jersey; raised in Sayreville; and is the younger of two sons born to his Jamaican parents. His father is an entrepreneur and his mother is an educator. He began attending Marie Wildey School of Dance in East Orange, NJ at the age of 3 and got his first break years later when producers of Broadway's "The Tap Dance Kid" called the school in search of child dancers who could sing and act for the production. As the understudy to Savion Glover in "The Tap Dance Kid," he went on to perform the lead role in the musical's national tour working with Harold Nicholas of the famed Nicholas Brothers for the next 16 months. He also later appeared with Gregory Hines and Jimmy Slyde.More roles followed in the musicals "Shenandoah," "Little Rascals," and "Black & Blue," and during Hill's senior year of high school, he appeared in his first feature film, Sugar Hill (1993), as the young character later played by Wesley Snipes. Hill also was seen in national commercials such as one for Kellogg's Corn Pops cereal and was cast as one of the CityKids (1993), a Saturday-morning series produced by the Jim Henson company, while he was studying business finance at Seton Hall.Hill's next career boost came with his starring role in the original cast of "Bring in Da' Noise, Bring In Da' Funk" on Broadway, as he re-teamed with Glover but, as a result, had to abandon his college studies during his junior year. He spent two-and-one-half years on the show and earned favorable notices from casting directors and later starred with Freddie Prinze Jr. in the hit feature film She's All That (1999). His other television credits include guest-starring shots on Cosby (1996), Smart Guy (1997), and New York Undercover (1994); and appearances in the TV movies The Ditchdigger's Daughters (1997), Color of Justice (1997), and Love Songs (1999) opposite Louis Gossett Jr.. Away from the set, Hill still enjoys tap-dancing immensely, as well as dominoes, taboo, and marathon Monopoly sessions. He often travels to Jamaica to see family members.