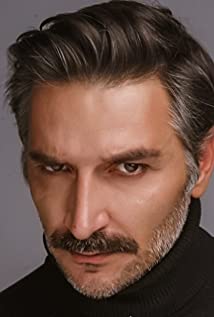 Graduated as an actor at Act School in 2007 and made his debut in the Theatre a year later with the play "My Sweet Orange Tree". Since then Duarte has actively worked in several TV, Theater and Cinema projects. In TV, he has worked in projects such as "Vingança" (SIC), "Morangos com Açúcar" (TVI), "Mulheres" (TVI) and recently in "Miúdo Graúdo" (RTP1) where, in addition to actor's role, he also accumulated the function of actors' direction. Duarte has joined the cast of two new TV series for RTP1 in 2018, "Idiotas" and "Sul". In Theater, he joined the cast of several plays including: "Happy Birthday", "As Obras Completas de William Shakespeare em 97 minutos", "Zorro", "Lúcia Afogada". In 2015, Duarte has joined the cast of Companhia Chapitô with the play "Macbeth" which has been performing all over the world in English, Spanish and Portuguese and has won several awards. In the cinematic universe, he has had several nominations and awards, such as the short film "Boy", in which he has the lead role. Duarte also joined the cast of several feature films such as "A Bela e o Paparazzo", "Os Gatos Não têm Vertigens", "Quarta Divisão", "Fado" (Germany) and "Al Berto". He is also part of the cast of "Parque Mayer" and "Carga" which will premiere in 2018. Duarte was nominated by the Portuguese Academy of Cinema as Best Supporting Actor with the role, Zé, for the movie "Al Berto".