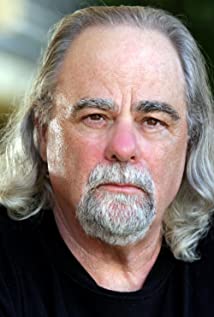 Duane Whitaker, a native of Lubbock Texas, has spent the last 30 years as one of Hollywood's most entertaining hyphenates. Although others act, write and direct to varying degrees of success, Duane has consistently entertained audiences with his powerful performances, fascinating screenplays and moving films. As an actor, Whitaker is most recognized as Maynard, the sadistic pawn shop owner, in PULP FICTION, Quentin Tarantino's high velocity masterpiece that is widely hailed as one of the best films ever made. Of course, you don't walk onto the set of a ground breaking film like PULP FICTION without paying your dues. From the time he arrived in Hollywood, Duane's face was seen frequently on the stage and small screen. Some of his very early television credits include, SLEDGE HAMMER, MURDER SHE WROTE, HIGHWAY TO HEAVEN, L.A. LAW, ROSANNE and QUANTUM LEAP. More recent appearances include MEDICAL INVESTIGATION, I'M WITH HER, THE EX LIST and a haunting portrayal of a former child abuse victim on an episode of COLD CASE. Duane has appeared in over forty feature films. Among his favorites are BROKE SKY, DEAD LETTERS, NIGHT CLUB, URBAN DECAY, REX, DOZERS and, of course PULP FICTION. It is in the Horror genre, however, that Whitaker has anchored the largest body of his work. TRAILER PARK OF TERROR, FEAST, CHILDREN OF THE CORN: GENESIS, Rob Zombie's DEVIL'S REJECTS and HALLOWEEN 2, WITHIN THE ROCK, TALES FROM THE HOOD and NIGHT OF THE SCARECROW are just a few of his bloody credits. Another scary favorite, DUSK TO DAWN 2: TEXAS BOOD MONEY was even co-written by Whitaker. He has written, directed or produced, TOGETHER & ALONE, STRIPTEASER, CAMP UTOPIA, BACKROAD MOTEL and EDDIE PRESLEY. The latter stars Duane in a masterful turn as a despondent Elvis Presley impersonator teetering on the fine line between a triumphant comeback or a nervous breakdown. It was adapted from Whitaker's successful stage play of the same title Recently, Duane received the honor of the American Cinematheque hosting a screening of his two most personal films, Eddie Presley and "Together and Alone" at Grauman's Egyptian Theatre in Los Angeles. Beyond his work on the big and small screen, Duane Whitaker is playwright. His plays have been produced in Los Angeles and New York and he has been teaching a popular Film Acting class in Los Angeles for almost a decade.

Children of the Corn: Genesis