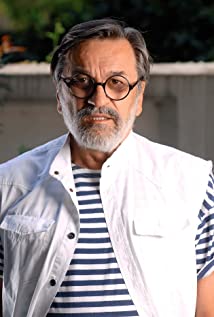 Dragan Nikolic's movie debut was in 1964 Pravo stanje stvari (1964), but he started his career with role Dzimi Barka in movie When I Am Dead and Gone (1967), directed by Zivojin Pavlovic and for this role, he was awarded with Diploma at Pula Film Festival in 1968. He appeared in more than 90 feature films. In 1985 he received the "October award" of Belgrade. He was married to Milena Dravic.He lived in Belgrade, worked in theatre and acted in TV series like Bolji zivot (1987) and Porodicno blago (1998). He was regular member of famous Belgrade theatre "Atelje 212" (1969-2009) where he realized more than 50 roles, such as Berger in "Hair" by Gerome Ragni and James Rado, Djenka Djavo in "The Marathon Family" by Dusan Kovacevic, Gavrilo in "St. George Kills The Dragon" by Dusan Kovacevic and The Unknown in "The Visitor" by Eric-Emmanuel Schmitt.