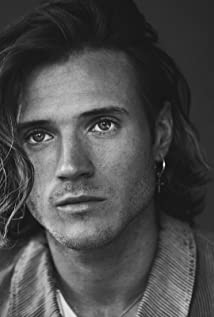 Dougie Lee Poynternis an English musician, songwriter, fashion model, clothing designer, author, actor and philanthropist. He is the bassist and youngest member of the pop rock band McFly.In 2003, a then 15 year-old Poynter auditioned for and subsequently became the bass player for the English band McFly. The band consists of Poynter, Tom Fletcher (vocals/guitar), Danny Jones (guitar/vocals), and Harry Judd (drums).McFly rose to fame with their first single, "5 Colours in Her Hair," which was released March 2004 and entered the UK Singles Chart at number one in April 2004. Their first album, Room on the 3rd Floor, also hit number one in the UK Albums Chart and would earn McFly a Guinness World Record for being the youngest band to have a debut album enter the charts in the top position, previously held by the Beatles. That year, McFly would support Busted on tour before going on to headline a personal tour in September 2004.The band's second studio album, Wonderland, was released in 2005 followed by Motion in the Ocean in 2006. A Greatest Hits compilation was released in 2007 followed by two more studio albums: Radio: Active (2008) and Above the Noise (2010).A second greatest hits album, Memory Lane: The Best of McFly, was released in November 2012. Also in 2012, the band debuted their first written autobiography, McFly: Unsaid Things... Our Story with Transworld Publishers Ltd.In April 2016, McFly announced that they would be going on tour for a three-night residency in Glasgow, Birmingham, Manchester, and London. The Anthology tour, in which they will play all five of their albums, will serve as McFly's first live reunion since 2013.Poynter is signed with Storm Model Management. He is represented by CAA and Independent Talent.

Kat and the Band