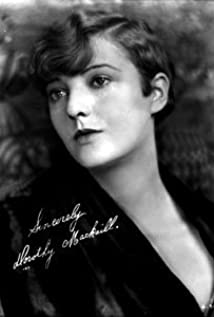 Dorothy Mackaill was 11 when her parents separated; she then lived with her father. A rebellious teenager, Dorothy -- who had long wanted a career in the theater -- ran away to London and finally persuaded her father to pay for her board and lessons. Her first job was in the chorus; she then traveled to Paris, where she met a Broadway choreographer who got her a job with the Ziegfeld Follies, in New York. At the Follies, Dorothy became friends with ones of its stars, Marion Davies.By 1921 Dorothy was making movies, but she didn't become a star for three years, with The Man Who Came Back (1924). Other successful films included Chickie (1925), Joanna (1925), and The Dancer of Paris (1926). Her career continued into the beginning the sound era, and her silent film The Barker (1928) was re-shot as a part-talkie. The industry was in upheaval during that transitional period, and First National didn't renew Dorothy's contract when it expired, in 1931. As free agent she made some good films at Columbia (Love Affair (1932)), Paramount (No Man of Her Own (1932)) and MGM (The Chief (1933)), but overall her career was idling. The following year brought few prospects, and she wound up making a trio of quickies for the independent market, a particularly poor example being Cheaters (1934) for low-rent Liberty Pictures. Her last part was in Bulldog Drummond at Bay (1937). With that, Dorothy retired from pictures and took care of her invalid mother.

No Man of Her Own