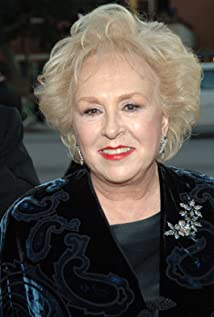 Doris Roberts was born in St. Louis, Missouri, to Ann (Meltzer) and Larry Green. She was raised in New York, and took her stepfather's surname. Roberts was a 20-year veteran of the Broadway stage before she began appearing steadily in character roles in film and on television during the 1970s. A versatile player with an inescapably "mom-like" presence, she was adept at playing sympathetic roles but made her most memorable mark as hard-boiled dames, gossips, and nags who were often too savvy of the ways of the world to be fooled by anyone. Roberts built up some face recognition with regular appearances in the sitcoms Mary Hartman, Mary Hartman (1976) (syndicated) and Angie (1979) (ABC), but truly came into her own as a widely known comedienne when she was cast as the meddling, strong-willed family matriarch on Everybody Loves Raymond (1996) (CBS). The show became of the best-loved sitcoms in history, and Roberts earned seven Emmy nominations and four wins for her colorful characterization. Well past the common age of retirement and well past the show's celebrated end, Roberts maintained a reputation as one of the big and small screen's most iconic mothers, and she continued to be a welcome sight as a television guest star and film player.

Phineas and Ferb the Movie: Across the 2nd Dimension