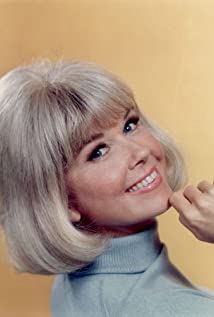 One of America's most loved actresses was born Doris Mary Ann Kappelhoff on April 3, 1922, in Cincinnati, Ohio, to Alma Sophia (Welz), a housewife, and William Joseph Kappelhoff, a music teacher and choir master. Her grandparents were all German immigrants. She had two brothers, Richard, who died before she was born and Paul, a few years older.Her parents divorced while she was still a child, and she lived with her mother. Like most little girls, Doris liked to dance. At fourteen, she formed a dance act with a boy, Jerry Doherty, and they won $500 in a local talent contest. She and Jerry took a brief trip to Hollywood to test the waters. They felt they could succeed, so she and Jerry returned to Cincinnati with the intention of packing and making a permanent move to Hollywood. Tragically, the night before she was to move to Hollywood, she was injured riding in a car hit by a train, ending the possibility of a dancing career.It was a terrible setback, but after taking singing lessons she found a new vocation, and at age 17, she began touring with the Les Brown Band. She met trombonist Al Jorden, whom she married in 1941. Jorden was prone to violence and they divorced after two years, not long after the birth of their son Terry. In 1946, Doris married George Weidler, but this union lasted less than a year. Day's agent talked her into taking a screen test at Warner Bros. The executives there liked what they saw and signed her to a contract (her early credits are often confused with those of another actress named Doris Day, who appeared mainly in B westerns in the 1930s and 1940s).Her first starring movie role was in Romance on the High Seas (1948). The next year, she made two more films, My Dream Is Yours (1949) and It's a Great Feeling (1949). Audiences took to her beauty, terrific singing voice and bubbly personality, and she turned in fine performances in the movies she made (in addition to several hit records). She made three films for Warner Bros. in 1950 and five more in 1951. In that year, she met and married Martin Melcher, who adopted her young son Terry, who later grew up to become Terry Melcher, a successful record producer.In 1953, Doris starred in Calamity Jane (1953), which was a major hit, and several more followed: Lucky Me (1954), Love Me or Leave Me (1955), The Man Who Knew Too Much (1956) and what is probably her best-known film, Pillow Talk (1959). She began to slow down her filmmaking pace in the 1960s, even though she started out the decade with a hit, Please Don't Eat the Daisies (1960).In 1958, her brother Paul died. Around this time, her husband, who had also taken charge of her career, had made deals for her to star in films she didn't really care about, which led to a bout with exhaustion. The 1960s weren't to be a repeat of the previous busy decade. She didn't make as many films as she had in that decade, but the ones she did make were successful: Do Not Disturb (1965), The Glass Bottom Boat (1966), Where Were You When the Lights Went Out? (1968) and With Six You Get Eggroll (1968). Martin Melcher died in 1968, and Doris never made another film, but she had been signed by Melcher to do her own TV series, The Doris Day Show (1968). That show, like her movies, was successful, lasting until 1973. After her series went off the air, she made only occasional TV appearances.By the time Martin Melcher died, Doris discovered she was millions of dollars in debt. She learned that Melcher had squandered virtually all of her considerable earnings, but she was eventually awarded $22 million by the courts in a case against a man that Melcher had unwisely let invest her money. She married for the fourth time in 1976 and since her divorce in 1980 has devoted her life to animals.Doris was a passionate animal rights activist. She ran Doris Day Animal League in Carmel, California, which advocates homes and proper care of household pets.Doris died on May 13, 2019, in Carmel Valley Village, California. She was 97.

Where Were You When the Lights Went Out?

With Six You Get Eggroll

The Ballad of Josie