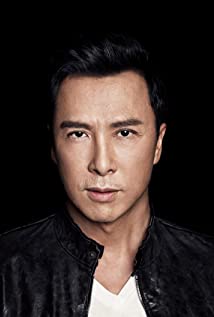 Donnie Yen was born in Guangzhou, China. His mother, Bow-sim Mark, was a kung fu master and his father, Kylster Yen, a newspaper editor and amateur musician. When Donnie was just two years old, the family moved to Hong Kong and then, when he was 11, to Boston, Massachusetts.There, Master Bow-sim Mark became a pioneer for Chinese martial arts in America, and it was only natural that her only son was trained from early childhood in the same skills. At the same time, Donnie was influenced by his parents' love of music and reached a high level of proficiency as a pianist. All these interests would have a manifest influence on Yen's later life.In his teens, Donnie defined his own persona by rebelling against his parents edicts. Beyond the limitations of his mother's school, Yen began training in various different fighting arts, including Japanese karate, Korean taekwondo and western boxing. Donnie also took up hip-hop and break-dancing. At the same time, he began spending his nights in Boston's notorious Combat Zone. Given that he was by now a serious practitioner of modern Wu Shu, his parents decided to send him to Beijing to train at the Chinese capital's famed Wu Shu academy.It was when Yen returned to Hong Kong en route back to Boston that he met the famed martial arts movie director Yuen Woo-ping.Donnie exploded onto the Hong Kong movie scene when he was cast in the lead role of director Yuen Woo-ping's 'Drunken Tai Chi'. His debut film immediately established him as a viable leading man, and Yen has remained a major figure in Chinese action cinema to this day.Yen skills as a street dancer were to the fore in his second starring role, 'Mismatched Couples', in which he showed off his breakdance moves, as well as his general athleticism. This slapstick romantic comedy was produced by Hong Kong's prestigious Cinema City studio.Donnie was subsequently signed by the newly formed D&B Films, and cast in the hit cop actioner 'Tiger Cage'. In this movie, and his follow-up features for the company ('In the Line of Duty 4', 'Tiger Cage 2'), Yen showed off his own unique form of contemporary screen combat, a form that included elements of rapid fire kicking, Western boxing and grappling moves.Having established a worldwide fan base, Yen moved on to star in a string of independent Asian action features before director Tsui Hark tapped him to co-star in 'Once Upon A Time In China 2'. The film's two action highlights saw Donnie's character duel the legendary martial arts master Wong Fei-hung, played by his old friend Jet Li. The film brought Yen his first real attention as a thespian and he was nominated in the Best Supporting Actor category at that year's Hong Kong Film Awards.Tsui Hark went on to produce a remake of King Hu's classic 'New Dragon Inn', which provided another showcase role for Donnie as the film's apparently invincible villain.Donnie was reunited with director Yuen Woo-ping for 'Iron Monkey', a film which brought Yen's acting and action skills both into focus. In 'Iron Monkey', Yen played the father of Wong Fei-hung, and its success prefigured that which he would later enjoy as another pugilistic patriarch in 'Ip Man'. Donnie collaborated with Yuen on the action for the film, designing a new on-screen interpretation of Wong Fei-hung's classic 'Shadowless Kick'.'Iron Monkey' was all the more remarkable in that, years after its Asian release, it was acquired by the American studio Miramax, re-cut, re-scored and given a wide release in US theatres. After premieres in New York and Los Angeles, the film enjoyed great acclaim from the American critics, and won a prize at that year's Taurus Awards, an event held to celebrate action in cinema.After working on a number of independent features, Yen went on to enjoy huge success on the small screen when he accepted a lucrative offer from Hong Kong's ATV to film a series based on the Bruce Lee classic 'Fist of Fury'. The show was the top-rated action drama show around the region, and was subsequently re-edited for international distribution on video.Donnie went on to make his directorial debut with 'Legend of the Wolf', a stylish period actioner that even attracted the attention of legendary American film-maker Francis Coppola. The film, about an amnesiac warrior returning to his home village, has become a bona fide cult classic.As director, Donnie followed 'Legend of the Wolf' with a very different venture, 'Ballistic Kiss', an urban thriller about a conflicted assassin. The film played at the prestigious Udine Festival in Italy, and took home awards at several other events, including the Japanese Yubari International Action Film Festival.Donnie's body of work had by then attracted the attention of Hollywood, and Yen was approached to choreograph the action for the mainstream franchise films 'Highlander: Endgame' and 'Blade 2'. After a period where he was based in Los Angeles, Donnie returned East by way of the West when Jackie Chan requested that Yen play his nemes

On That Night... While We Dream