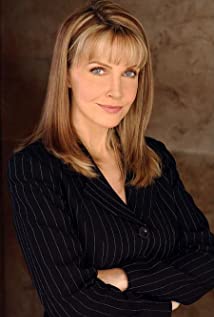 Donna is an actor, comic, voice-over artist and singer extraordinaire. She is a member of SAG-AFTRA and AEA.Donna received a Bachelor in Music (with a concentration in Voice and a minor in Theatre) from California State University, Northridge after attending Oral Roberts University. She also studied at the American Academy of Dramatic Arts and at Juilliard in New York City.While competing at Miss America, Donna won the honor of representing the pageant that year for various corporate events ranging from Gillette and American Greetings to K-Mart. She then hosted for Dick Clark Productions and such sdirect response programs as Shopping Line, At Home USA and Illuminare Cosmetics and appeared in spots for Kellogg's, Gain, Lockheed Martin, Marriott Resorts, Phillip Morris, ThighMaster and LG. You can now catch her as the ditzy mom in the annual campaign for the cult favorite LA County Fair commercials, which won Ad Week's Best Spot Award and were also featured in ABC's Funniest Commercials.From Off-Broadway to regional and beyond, Donna has played the leads in "Funny Girl" (Drama-Logue Critics Award), "Kiss Me Kate", "Dames At Sea", "My Fair Lady", "How To Succeed In Business Without Really Trying", "Godspell", "Li'l Abner", "The Tale Of Tyler Tee", and "The Sensuous Senator" - to name some of her favorites.Donna's numerous television credits include guest star and recurring roles on ABC's Desperate Housewives, Nickelodeon's Big Time Rush, Disney's The Suite Life Of Zach And Cody, FOX's The Wanda Sykes Show, Lifetime's The Division, CBS' The Nanny, and FOX's Sliders and in an HBO/Fox sitcom pilot, Chief, with Gregory Harrison and Bobcat Goldthwaite. She appears in the pilot of Andrew Daly's upcoming Comedy Central show, Review with Forrest MacNeil.Her film roles stretch from studio film to independent features. She appeared as the unsuspecting First Lady in Most Wanted with Keenan Ivory Wayans and Jon Voight, as the calculating cougar Sarah Stevens in The Ultimate Gift with Academy-Award nominees James Garner and Abigail Breslin, and in a comedic moment in The Mexican starring Julia Roberts and Brad Pitt. Indie films that have enjoyed festival and distribution success include Panicked, where she plays a drugged-out psychiatrist and the award-winning short Skylab, where she plays meddling Merle. Other forthcoming roles include the justice-seeking mayor in Criminal, the ex-CIA zombie-killing mom in The Deadleys, and the stern though heartbroken mother in the exquisite Victorian period piece The Last Hymn.Dazzled with Donna's comedic talent and singing impressions, Mitzi Shore hired her as a paid regular at The Comedy Store through which she met Barry Manilow and subsequently toured with him, receiving rave reviews in his Showstoppers World Tour. Donna also has appeared on The Tonight Show, The Arsenio Hall Show, ABC's World's Funniest Commercials and has performed at the Wembley Arena, Madison Square Garden and Universal Amphitheatre. She performed with Bob Hope and in USO Tours to the Mediterranean and Middle East. Donna now tours nationally in the critically acclaimed 3 Blonde Moms, a delightful romp into the madness of motherhood, marriage, and family mayhem.As a voice-over artist, she is the titular voice on two different cartoon series: the Emmy Award-winning Tutenstein (Discovery Kids) as well as Jay Jay The Jet Plane (PBS Kids). Donna's voice can also be heard in a multitude of projects for Disney, Rick Dees, and many others including TBS' 2 Stupid Dogs, the highly rated documentary Evita: The Life of Eva Peron, and the popular Namco video game SoulCalibur III. As well as working for Premiere Radio Network doing comedic drop-in voice-overs for morning-drive shows, she has voiced national ad campaigns for Time Warner Cable, Mazda, Chrysler, and Union Bank.