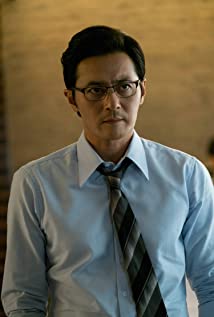 South Korean actor Jang Dong-Gun starred in two record-breaking box office hits; one of which was 'Friend,' the highest grossing Korean film at the time. He gained widespread critical acclaim for his portrayal of a troubled high school student who chooses the life of organized crime, paving the way for him to star in the 2004 hit Tae Guk Gi: The Brotherhood of War (2004), about the Korean War, which again shattered box office records. Having achieved star status throughout Asia, Jang took on two more high-profile roles. Golden Globe nominated film 'The Promise' was a $30 million pan-Asian production by the Cannes Film Festival winning director Chen Kaige, in which Jang plays the leading role opposite Hiroyuki Sanada and Cecilia Cheung. 'Typhoon' by director Kwak Kyung-Taek (Friend), had Jang star as a modern-day pirate who has been betrayed by both North and South Korea and set another new standard for such a distinct kind of character.Born and raised in Seoul, Korea, he made his debut in the MBC drama series 'Our Heaven' (1993). By the late 1990s, he had gained huge popularity in Korea, and he also became one of the very first Korean stars to garner a huge fan following in other parts of Asia. After acting in the critically acclaimed 'Nowhere to Hide' helmed by the internationally renowned director Lee Myung-Se in 1999, Jang went on to star in 'The Anarchists'(2000). In 2002, he also starred in the popular action blockbuster '2009 Lost Memories,' set in a futuristic Japan, and then took on a new challenge by appearing in the low-budget film 'The Coast Guard' (2002) by the controversial director Kim Ki-Duk.

No Tears for the Dead