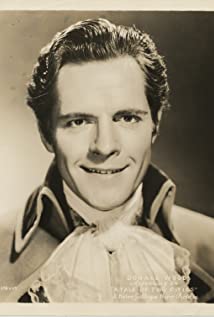 Donald Woods, a prolific cinema and television character actor whose career spanned 75 films and 150 TV programs over 40 years, was born Ralph L. Zink on December 2, 1906, in Brandon, Manitoba. (He legally changed his name to Donald Woods in 1945.) His family eventually departed Canada for California, and young Ralph was raised in Burbank. He became an actor after graduating from the University of California at Berkeley.The self-described "King of the Bs" made his reputation playing in low-budget, B-unit westerns and mysteries, and later was a popular guest actor on TV programs, including western shows such as Wagon Train (1957). He also appeared in nearly 100 stage productions and was busy on the radio. In the 1950s, Woods hosted two TV series, The Orchid Award (1953) and Hotel Cosmopolitan (1957) and was a regular on the series Tammy (1965).After his acting career was over, Donald Woods established himself as a successful real estate broker in Palm Springs, California. It was there that he died on March 5, 1998, at the age of 91.

Born to the Saddle

Scene of the Crime