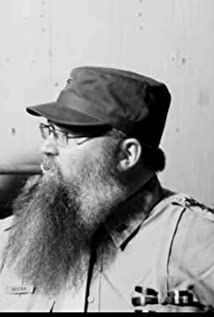 Don Smith has been acting in theatre and the occasional independent film since 2001. Seven years ago, he made the transition to stand-up comedy, appearing on shows at Dayton Funny Bone, Wiley's Comedy Club, and whatever bar was brave enough to host a comedy night. In 2019, he performed in The World Series of Comedy, was a finalist in Wiley's Comedy Club's Annual Fireworks Comedy Competition, and was voted one of the Best Local Comics in Dayton by dayton.com. Don began hosting The Life Radio Show in January of 2015 while finishing his BA at Wright State University. He was able to continue the radio show and has now been on the air for six years, turning the show into a podcast in January 2017. Each week, some of the best local comics, musicians, and filmmakers come into the studio to talk about comedy and whatever other strange things come up. Over the past few years, Don has appeared in several feature films, including Calamity Jane's Revenge, Black Mamba, Western World, and Six Feet Below Hell. He also has a number of short films and TV shows on his resume, including Boggy Creek: The Bigfoot Series now available on Amazon.