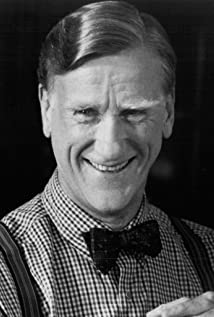 The cinema took a while to discover him. Born in England, the son of an insurance agent, RADA-trained Donald Moffat first appeared on the Shakespearean stage with the Old Vic. In 1954, he stage managed the popular revue "Salad Days". Then, 'discontentment' (which, he later explained, had much to do with the class system in Britain) prompted a permanent relocation to the United States. Accompanying his American actress wife to her home state in Oregon, Moffat initially tried his hand at bartending and as a lumberjack. After six months, he concluded that he was not cut out for outdoorsy pursuits and decided to return to his original muse. A "motivating stimulus", as he would later explain, was that "America seemed much more theatrically vibrant than things were at home".Modest beginnings with an amateur theatre group in Princeton provided a meagre income of $25 a week which necessitated temporarily making ends meet as a carpenter. That situation improved in the wake of Moffat's 1957 debut on Broadway in "Under Milkwood". From then on, he managed to keep himself exceedingly busy for some three decades -- both on and off-Broadway -- in roles ranging from O'Neill and Chekhov to Ibsen and Miller. Stops along the way included the Ohio Shakespeare Festival in Akron, as well as theatres in New York (where he made a memorable Falstaff in 1987), Cincinnati, Chicago and Los Angeles. In the early 60s, Moffat enjoyed a lengthy tenure as a member of the ensemble of the Association of Producing Artists (APA) Phoenix Repertory Company.Having lost his British accent early on, Moffat excelled at slotting into diverse roles as totally believable Americans, be they dignified, self-effacing, doleful, tough or acerbic. This was very much in keeping with his working credo: "respect the text - you fit the part, not the other way around". Instantly recognisable in appearance -- lean, long-faced and bushy-browed -- he was a subtle actor who made good use of a mellow but resonant voice which combined with a strong stage presence. On the screen, Moffat began as a TV supporting player with numerous guest roles in hit shows, including Hawaii Five-O (1968), Bonanza (1959), Mission: Impossible (1966), Mannix (1967) and The West Wing (1999), playing an assortment of judges, doctors, reverends, politicians and army officers, even a quirky android named Rem in the short-lived CBS series Logan's Run (1977). His cinematic debut did not eventuate until 1968 as the (deceased) father of Joanne Woodward's titular protagonist in Rachel, Rachel (1968). Other memorable roles include the shady president in Tom Clancy's Clear and Present Danger (1994), the ill-fated station commander Garry in John Carpenter's The Thing (1982) and Lyndon B. Johnson in The Right Stuff (1983).Described as a consummate professional, Obie award-winning actor Donald Moffat retired in 2005 and passed away on 20 December 2018 at the age of 87.