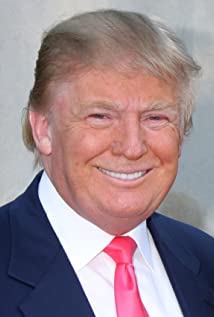 Donald John Trump was born on June 14, 1946 at the Jamaica Hospital Medical Center in the Queens borough of New York City. He is the son of Mary Trump (née Macleod) and Fred Trump, a real estate millionaire. His mother was a Scottish immigrant who initially worked as a maid. His father was born in New York, to German parents.From kindergarten through seventh grade, he attended the Kew-Forest School. At age 13, he enrolled in the New York Military Academy.In 1964, he began his higher education at Fordham University. After two years, he transferred to the Wharton School of the University of Pennsylvania, graduating in 1968 with a Bachelor of Science degree in Economics.From 1971 to 2017, he was chairman and president of his family real estate company, Elizabeth Trump & Son (now called The Trump Organization), which was founded in 1923 by his grandmother and father. His business career primarily focused on building or renovating office towers, hotels, casinos, and golf courses.He has five children, Donald Trump Jr., Ivanka Trump and Eric Trump with his first wife, Ivana Trump (m. 1977- d.1992), Tiffany Trump with his second wife, Marla Maples (m. 1993- d.1999) and Barron Trump with his third wife, Melania Trump (m. 2005).He has hosted and produced the reality television series, The Apprentice (2004), which has been nominated for nine Primetime Emmy awards.He has been in office at the White House in Washington, D.C. as the 45th President of the United States since January 20, 2017.

The Rise of Jordan Peterson