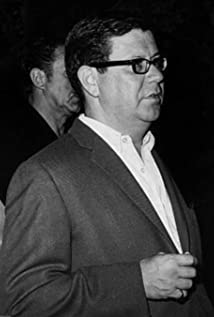 Milwaukee-born Don Weis began as a director of light-hearted, often youth-oriented entertainment. After graduating in film studies from the University of Southern California in 1942, he got his first job as an errand boy at Warner Brothers. He saw wartime service as a technician with the 1st Motion Picture Unit of the U.S. Army Air Corps, involved in the production of training films at Culver City. After the war he resumed his apprenticeship with Enterprise Productions as a dialogue director and assistant on several pictures produced by Stanley Kramer. In 1951 he was signed by Dore Schary to a two-year contract at MGM, making his directorial feature debut with the newspaper expose Bannerline (1951). This was followed by a string of light comedies and musicals of widely varying quality.Among the best of the bunch was the cheerful George Wells-scripted and -produced musical I Love Melvin (1953) starring Debbie Reynolds and Donald O'Connor, highlighted by several exuberant dance routines and an engaging dream sequence in which Debbie sings "A Lady Loves". There was also a youthful college comedy, The Affairs of Dobie Gillis (1953), and an enjoyable minor sword-and-sandal outing made for Fox, entitled The Adventures of Hajji Baba (1954). Of considerably less interest were two inane entries in the "beach party" genre aimed specifically at the teen market: the sleep-inducing, apropriately-titled Pajama Party (1964) and the even sillier The Ghost in the Invisible Bikini (1966), which sadly wasted the talents of such excellent screen veterans as Boris Karloff and Basil Rathbone. It didn't get any better with the decidely laborious and unamusing farce Did You Hear the One About the Traveling Saleslady? (1968). Though conceived by two talented writers (James Fritzell and Everett Greenbaum) who later earned a well-deserved reputation for their rather wittier collaborative effort on M*A*S*H (1972), the humour was as obvious as the title might suggest. The venture, predictably, did not make a screen star out of Phyllis Diller.In 1954 Weis began to direct episodes for television, a medium to which he found himself eminently suited. In the course of the next 30 years he became one of TV's busiest directors and one of the most accomplished, winning six annual awards from the Directors Guild of America. Ranging across every known genre, he was equally at ease helming the iconic Batman (1966) as he was behind the camera of some 58 episodes of crime-busting, wheelchair-bound Ironside (1967), or guiding four of the best installments of the cult series Kolchak: The Night Stalker (1974). Weis achieved his greatest success directing a brace of the most enduring episodes of the long-running and much-loved medical comedy "M*A*S*H*". Following his retirement he presided over the Motion Picture Permanent Charities Committee (PCC) and served on the board of the New Mexico Film Council.