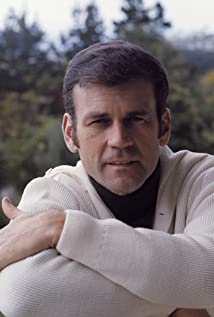 Don Murray is an American actor. He is best known for playing Governor Breck, the authoritarian ruler in the science fiction film "Conquest of the Planet of the Apes" (1972).Murray was born in 1929 to Dennis Aloisius Murray and his wife Ethel Cook. Dennis worked as a dance director and stage manager, while Ethel was a singer. Ethel Cook served as a performer for the Ziegfeld Follies (1907-1931), an elaborate theatrical revue production in Broadway.Murray attended the East Rockaway High School in East Rockaway, a village of Nassau County, New York. During his high school years, Murray served as a member of the school's football team, its track team, and its glee club. He graduated in 1947, at the age of 18. He later attended the American Academy of Dramatic Arts in Manhattan, New York. He graduated in 1951.Murray made his Broadway debut in 1951, when cast as Jack Hunter in a stage version of the play "The Rose Tattoo" (1951) by Tennessee Williams (1911-1983). In the play, Hunter is a sailor and the boyfriend of Rosa Delle Rose, the daughter of the play's female protagonist.Murray's stage career was interrupted when he was drafted into the United States military. He registered as a conscientious objector during the Korean War (1950-1953),as he was a member of the Brethren Church. The Brethen Church is an Anabaptist Christian denomination, which strictly adheres to pacifism and non-violence. Murray was assigned to alternative service in Europe. He was honorably discharged from the military in 1954, and resumed his acting career.In 1956, Murray made his film debut in the romantic drama film "Bus Stop". The film was an adaptation of a 1955 theatrical play by William Inge (1913-1973). Murray was cast in the role of Beauregard "Beau" Decker, a naive, overly enthusiastic, and socially inept cowboy from Montana. The film depicts Beau's infatuation with young singer Cherie (played by Marylin Monroe), which causes him to first kidnap her and then coerce her into marrying him. He is tragically unaware tat Cherie barely knows him, and that his love is unrequited. The film was a box office success, and Murray was nominated for an Academy Award for Best Supporting Actor. The Award for that year was won by rival actor Anthony Quinn (1915-2001).Murray's successful debut helped him receive offers for more film roles. He was cast as Charlie Samson in the drama film "The Bachelor Party" (1957). Samson is the film's main character, a hard-working bookkeeper who struggles with the temptation to cheat on his wife. He was then cast as morphine-addict Johnny Pope in "A Hatful of Rain" (1957), a film about the then-innovative topic of drug addiction.In 1958, Murray played in his first Western film, "From Hell to Texas". In the film, he was cast as Tod Lohman, an impoverished ranch hand who is suspected of murdering the son of a powerful cattle baron. The film deals with Lohman being hunted by the cattle baron's other son and his mercenaries, who seek revenge.Murray's second Western film was "These Thousand Hills" (1959). The film depicts the rags-to-riches story of Albert Gallatin "Lat" Evans (played by Murray). But as Lat grows richer, he becomes a colder and harsher man. Leading him to betray his own lover, to alienate his only friend, and to marry a banker's daughter for her money.Murray was also cast in a lead role in the war film "Shake Hands with the Devil" (1959), which depicts the Irish War of Independence (1919-1921). During the 1960s, Murray continued to appear regularly in films, often cast in period dramas. He played Wild Bill Hickok in the The Plainsman (1966), and ambitious ruler Justinian in "The Viking Queen" (1967).In 1968, Murray gained a co-starring role in the Western television series "The Outcasts" (1968-1969). He played the character Earl Corey, an American Civil War veteran and formerly wealthy slave owner. In the series, Corey was cheated out of his wealth by a treasonous brother, and started making a living as a bounty hunter. He teams up with fellow bounty hunter Jemal David (played by Otis Young), an African-American freedman. The two men are not friends, but they are both social outcasts and need each other's skills to gain a profit. The series was considered groundbreaking for featuring an interracial team of characters, but was criticized for being overly violent. The series lasted only 26 episodes.In 1972, Murray played the major role of Governor Breck in"Conquest of the Planet of the Apes". Breck is the authoritarian ruler of a human civilization using apes as a slave force, and he is the owner of the film's heroic protagonist Caesar. He eventually fails to defeat a slave revolt, and gets captured alive by his own slave. The film earned 9.7 million dollars in theatrical rentals at the North American box office.Murray was offered the role of Breck in the film's immediate sequel, "Battle for the Planet of the Apes" (1973), but he refused to return. He reportedly felt that there was no fun in playing th

Ghosts Can't Do It