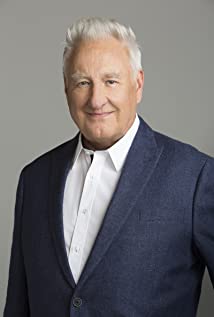 Don Mischer has been honored with fifteen Emmy Awards, a record ten Directors Guild of America Awards for Outstanding Directorial Achievement, two NAACP Image Awards, a Peabody Award for excellence in broadcasting, and the 2012 Norman Lear Achievement Award in Television from the Producers Guild of America and the 2019 Director's Guild of America Lifetime Achievement Award for Television".[4]As a producer/director, his credits include The Oscars, We Are One: The Obama Inaugural Celebration at the Lincoln Memorial, the Kennedy Center Honors, the 100th Anniversary of Carnegie Hall, Motown 25, the Super Bowl Halftime Shows (Michael Jackson, Prince, The Rolling Stones, Paul McCartney, Tom Petty, and Bruce Springsteen), the Democratic National Convention, and the Opening Ceremonies of the 1996 Summer Olympics and 2002 Winter Olympics. Mischer has also produced specials with Beyoncé, Bono, Prince, Rihanna, Britney Spears, Bruce Springsteen, James Taylor, Taylor Swift, Stevie Wonder, Sting, Garth Brooks, Mary J. Blige, Elton John, Justin Timberlake, Barbra Streisand, Cher, Yo Yo Ma, and Morgan Freeman, among others.He has received the Governors Award from the National Association of Choreographers and is a member of the Event Industry Hall of Fame, the Producers Guild of America, the Directors Guild of America, and the National Academy of Television Arts and Sciences, where he has served two terms on the Board of Governors. As a member of the Directors Guild of America, he has served three terms on the National Board, and in 2019 received the DGA's Lifetime Achievement Award for Television. Only the fourth such award ever given for television.[5] On December 11, 2014, Mischer received a star on the Hollywood Walk of Fame.

An Evening with Robin Williams