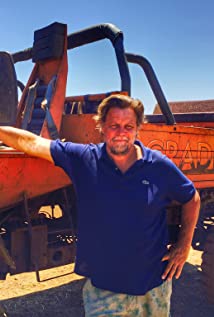 Don Michael Paul's work has taken him far and wide. From the Brandenburg Gate of Berlin to the basilicas of Budapest. From the Black Sea of Bulgaria to the high-veld of South Africa. From the shores of Vancouver BC to the Blue Mosque of Istanbul. From the Greek Isle of Santorini to the dense jungles of Krabi, Thailand. Don loves the world stage and feels at home wherever his filmmaking adventures take him.Most known for tackling large-scale films on small-scale budgets, DMP (as his buddies call him) has cut his teeth on five different continents and he's still angling to make his way to Oceania and the Antarctic before the sun sets on his career. He loves working with edgy, character-based action, which inspired him to write (in long-hand) his freshman script, "Harley Davidson & The Marlboro Man," on a legal pad. It sold. Mickey Rourke and Don Johnson signed on, and it got filmed. And DMP left his legal pad behind when Alan Ladd, Jr. contracted him to a four-picture deal with MGM. This yielded more rough-and-tumble fare, including the John Dillinger biopic "Public Enemies" and the adaptation of the award-winning depression era novel by Davis Grubb, "Night Of The Hunter."Persevering and writing every day, combined with a love for the craft of filmmaking, put DMP onto Joel Silver's radar, who hired him to adapt bestselling author John Gilstrap's "Nathan's Run" for Lorenzo di Bonaventura at Warner Bros. He's since written for Stephen J. Cannell, Clint Culpepper, Bob Greenblatt, David Janollari, Barry Josephson, Jordan Kerner, Aaron Spelling and many more. DMP is proud to have penned TV pilots for ABC, CBS, FOX and UPN. He's directed seventeen movies to date and most recently finished up working on "Death Race: Beyond Anarchy," which won the Best Stunts award at the 2018 International Motor Film Awards. His 2019 film "Jarhead: Law of Return" was screened at the Haifa International Film Festival and his monster party "Tremors: Shrieker Island" streamed its way into the #3 spot on the Netflix Top 10 list in October of 2020 and was an Amazon #1 DVD New Release in Horror and Action Genre. DMP is busy writing the next "Death Race" installment for NBCUniversal and is excited about bringing it to life in the summer of 2021.DMP carries a U.S. Passport and retains a current EU Permanent Residency giving him a unique co-pro and content-qualifying status worldwide. He is always in search of capturing that "one big idea" and has an eye out for original screenplays with a distinct, singular vision.

The Scorpion King: Book of Souls