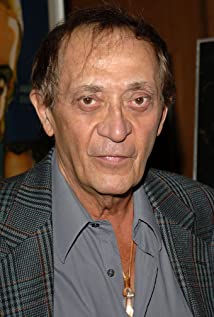 Don is probably best remembered for his role as "Ernie Kaltenbrunner" in the 1985 comedy horror The Return of the Living Dead (1985). Don's career spans over 40 years in both film and TV. Born in Brooklyn, New York, and raised in Ozone Park Queens, and later Westchester, Long Island, Don Calfa was originally interested in a career in the fine arts. He got the acting bug after seeing films such as Rebel Without a Cause (1955) and Vertigo (1958). After dropping out of high school to study at Irwin Piscotor's "The Dramatic Workshop", (he finished his degree in night school), Calfa spent two years in summer stock which enabled him to join Actors Equity and eventually get his SAG card.Don has starred alongside some of cinema's greats including Warren Beatty in Bugsy (1991), Michael Douglas in The Star Chamber (1983), Jack Nicholson in The Postman Always Rings Twice (1981), and many more.Among Don's most memorable roles were as "Mr. Pitts" on the TV series Beverly Hills, 90210 (1990), "Ralph Wilum" in Chopper Chicks in Zombietown (1989) (aka "Chopper Chicks in Zombietown"), "Paulie" in Weekend at Bernie's (1989), "Scarface" in Foul Play (1978). His stage work includes extensive off-off-Broadway work, and he appeared on Broadway in "Lenny".Nowadays, Don still works in the movie business and works the convention circuit in the USA, alongside his friend, Beverly Randolph, who he met on the set of The Return of the Living Dead (1985). Don recently, along with the rest of "The Return of the Living Dead" cast, recorded a cast commentary for a new special edition release of "The Return of the Living Dead". Plans are in motion for a "Return of the Living Dead" cast reunion in the United Kingdom in November 2007 at Birmingham's NEC Memorabilia event.

More Brains! A Return to the Living Dead