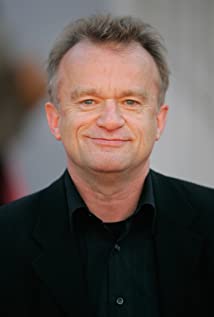 Born in Saumur, France on March 4,1955, Dominique Pinon studied literature at the Faculty of Arts in Poitiers after which he moved to Paris and attended the Cours Simon School of Dramatic Arts. He made his first cinematic appearance in Arthur Joffé's 1980 short film La Découverte.A versatile and gifted actor, he has produced an impressive body of work in film, television and on stage. He is also an accomplished voice-over actor. With over 100 film and short credits, multiple roles in television and over 40 performances in stage theater (garnering him the Molière Award for Best Actor in 2004), he has acted alongside notables Maggie Smith, Sigourney Weaver, Winona Ryder, Audrey Tatou, Gaspard Ulliel and many others. Pinon has the ability to engage an audience and brings to all his roles a relatability that resonates across cultures and genres.Pinon's first feature film appearance was in Jean-Jacques Beineix's 1981 classic thriller Diva. He went on to work closely with director Jean-Pierre Jeunet, appearing in many of his films including Delicatessen (1991), Alien: Resurrection (1997) and Amélie, (2001). He has worked with many world-renowned directors. Pinon has played numerous roles on television in France and Europe. He appeared as the fan favorite "Master Raymond" in the internationally popular "Outlander" series (2016).In 2014 he was made an Officer in the Ordre des Arts et des Lettres, a title given to those who have made a significant contribution to the enrichment of the French cultural inheritance.

I Love My Mum