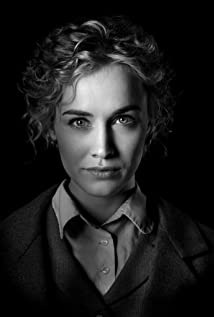 Dominique McElligott is an Irish actress. She starred in Moon (2009) and the RTÉ television series Raw before leaving to film Leap Year (2010). From 2011 to 2012, she played a lead role in the AMC series Hell on Wheels. In 2015, she starred in ABC's The Astronaut Wives Club. In 2016, McElligott played Hannah Conway, wife of the Republican presidential nominee, in the fourth and fifth season of the Netflix show House of Cards.