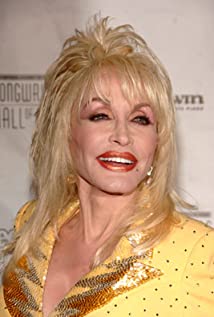 Dolly Rebecca Parton was born on January 19, 1946 in Pittman Center, Tennessee to Avie Lee Parton, a housewife & Robert Lee Parton, a tobacco farmer. At 12, she was appearing on Knoxville TV and at 13, she was already recording on a small label and appearing at the Grand Ole Opry. After graduating from high school in 1964, she moved to Nashville to launch her country-singing career. She fell in love with Carl Dean, who ran an asphalt-paving business; they married on May 30, 1966 and are still together. In 1967 her singing caught the attention of Porter Wagoner, who hired her to appear on his program, The Porter Wagoner Show (1961). She stayed with the show for 7 years, their duets became famous, and she appeared with his group at the Grand Ole Opry; she also toured and sold records. By the time her hit "Joshua" reached #1 in 1970, her fame had overshadowed his, and she struck out on her own, though still recording duets with him. She left him for good to become a solo artist in 1974. Dolly gained immense popularity as a singer/songwriter. Dolly won numerous Country Music Association awards (1968, 1970, 1971, 1975, 1976). This petite (5'0") beauty was a natural for television, and by the mid-1970s she was appearing frequently on TV specials and talk shows before getting her own, Dolly (1976). In 1977, Dolly got her first Grammy award: Best Female Country Vocal Performance for her song "Here You Come Again." Dolly's movie debut was in 9 to 5 (1980), where she got an Oscar nomination for writing the title tune, and also Grammy awards 2 and 3: Best Country Song, and Best Female Country Vocal Performance for the song "Nine to Five." She got more fame for appearing in The Best Little Whorehouse in Texas (1982), and in Rhinestone (1984) with the song "Tennessee Homesick Blues". She is the head of Dolly Parton Enterprises, a $100 million media empire, and in 1986 she founded Dollywood, a theme park in Pigeon Forge, Tennessee, celebrating her Smoky-Mountain upbringing. She appeared as herself in the Dolly (1987) TV series. In 1988, she won another Grammy: Best Country Performance Duo or Group with Vocals, for "Trio". Dolly was in the acclaimed picture Steel Magnolias (1989) with Julia Roberts, and went on to appear in 15 movies and TV-movies for the 1990s, and garnered more more Country Music Association awards. In 2000, Dolly received her 5th Grammy award: Best Country Collaboration with Vocals. She also released a Bluegrass Album. Dolly is known for beautiful songs such as "Coat of Many Colors," "Jolene," and "I Will Always Love You". Dolly said in an interview, "My music is what took me everywhere I've been and everywhere I will go. It's my greatest love. I can't abandon it. I'll always keep making records."

The Great Pottery Throw Down