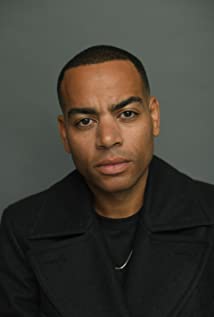 Doc Brown is the stage name of Ben Harvey Bailey Smith, the younger brother of novelist Zadie Smith. He was born in December 1977 to Jamaican and English parents, and began his professional career as a rapper. He's a founding member of the rap crew "Poisonous Poets" which consists of Lowkey, Tony D., Reveal, Stylah, Therapist and DJ Snips. Following the release of his short film 'Blighty' he moved into the realm of stand-up comedy, appearing in the So You Think You're Funny contest as well as supporting Ricky Gervais on tour. He has been heard in the radio sitcom 'Rudy's Rare Records' as well as appearing in television comedies like Rev. (2010), Miranda (2009) and The Inbetweeners (2008) as well as more dramatic roles in the likes of Midsomer Murders (1997).

David Brent: Life on the Road

Midwinter of the Spirit