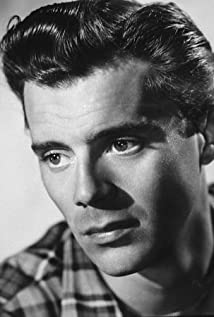 Sir Dirk Bogarde, distinguished film actor and writer, was born Derek Jules Gaspard Ulric Niven van den Bogaerde on March 28, 1921, to Ulric van den Bogaerde, the art editor of "The Times" (London) newspaper, and actress Margaret Niven in the London suburb of Hampstead. He was one of three children, with sister Elizabeth and younger brother Gareth. His father was Flemish and his mother was of Scottish descent.Ulric Bogaerde started the Times' arts department and served as its first art editor. Derek's mother, Margaret - the daughter of actor and painter Forrest Niven - appeared in the play "Bunty Pulls The Strings", but she quit the boards in accordance with her husband's wishes. The young Derek Bogaerde was raised at the family home in Sussex by his sister, Elizabeth, and his nanny, Lally Holt.Educated at the Allen Glen's School in Glasgow, he also attended London's University College School before majoring in commercial art at Chelsea Polytechnic, where his teachers included Henry Moore. Though his father wanted his eldest son to follow him into the "Times" as an art critic and had groomed him for that role, Derek dropped out of his commercial art course and became a drama student, though his acting talent at that time was unpromising. In the 1930s he went to work as a commercial artist and a scene designer.He apprenticed as an actor with the Amersham Repertory Company, and made his acting debut in 1939 on a small London stage, the Q Theatre, in a role in which he delivered only one line. His debut in London's West End came a few months later in J.B. Priestley's play "Cornelius," in which he was billed as "Derek Bogaerde". He made his uncredited debut as an extra in the pre-war George Formby comedy Come on George! (1939).The September 1939 invasion of Poland by Nazi Germany and the Soviet Union triggered World War II, and in 1940 Bogarde joined the Queen's Royal Regiment as an officer. He served in the Air Photographic Intelligence Unit and eventually attained the rank of major. Nicknamed "Pippin" and "Pip" during the war, he was awarded seven medals in his five years of active duty. He wrote poems and painted during the war, and in 1943, a small magazine published one of his poems, "Steel Cathedrals," which subsequently was anthologized. His paintings of the war are part of the Imperial War Museum's collection.Similar to his character, Captain Hargreaves, in King & Country (1964), he was called upon to put a wounded soldier out of his misery, a tale recounted in one of his seven volumes of autobiography. While serving with the Air Photographic Intelligence Unit, he took part in the liberation of the Bergen-Belsen concentration camp, which he said was akin to "looking into Dante's Inferno".In one of his autobiographies, he wrote, "At 24, the age I was then, deep shock stays registered forever. An internal tattooing which is removable only by surgery, it cannot be conveniently sponged away by time."After being demobilized, he returned to acting. His agent re-christened him "Dirk Bogarde," a name that he would make famous within a decade. In 1947 he appeared in "Power Without Glory" at the New Lindsay Theatre, a performance that was praised by Noël Coward, who urged him to continue his acting career. The Rank Organization had signed him to a contract after a talent scout saw him in the play, and he made his credited movie debut in Dancing with Crime (1947) with a one-line bit as a policeman.His first lead in a movie came that year when Wessex Films, distributed by Rank, gave him a part in the proposed Stewart Granger film Sin of Esther Waters (1948). When Granger dropped out, Bogarde took over the lead. Rank subsequently signed him to a long-term contract and he appeared in a variety of parts during the 14 years he was under contract to the studio.For three years he toiled in Rank movies as an apprentice actor without making much of a ripple; then in 1950, he was given the role of young hood Tom Riley in the crime thriller The Blue Lamp (1950) (the title comes from the blue-colored light on police call-boxes in London), the most successful British film of 1950, which established Bogarde as an actor of note. Playing a cop killer, an unspeakable crime in the England of the time, it was the first of the intense neurotics and attractive villains that Bogarde would often play.He continued to act on-stage, appearing in the West End in Jean Anouilh's "Point of Departure". While he was praised for his performance, stage acting made him nervous, and as he became more famous, he began to be mobbed by fans. The pressure of the public adulation proved overwhelming, particularly as he suffered from stage fright. He was accosted by crowds of fans at the stage door during the 1955 touring production of "Summertime," and his more enthusiastic admirers even shouted at him during the play. He was to appear in only one more play, the Oxford Playhouse production of "Jezebel," in 1958. He never again took to the boards, des

The Cinema and its Double - Rainer Werner Fassbinder's 'Despair' Revisited